In 2008, researchers from NASA sent rubber ducks down a glacier system in Greenland to track the movement of meltwater – which was supposed to provide clues on how fast a glacier would melt as a result of global warming. The hope was that the ducks would swim down the hidden channels inside the glacier and then reappear somewhere out at sea. Unfortunately, they were never seen again; the most likely explanation is that they got stuck beneath the ice.[1] A few years later, however, a team of researchers from Wales took the idea and improved it, instead relying on a “Cryoegg” and a jungle gym from QUADRO – with fantastic results. In this blog article, you’ll learn how everything is connected and how the researchers, while they might not save the world, are at least taking a step in the right direction. 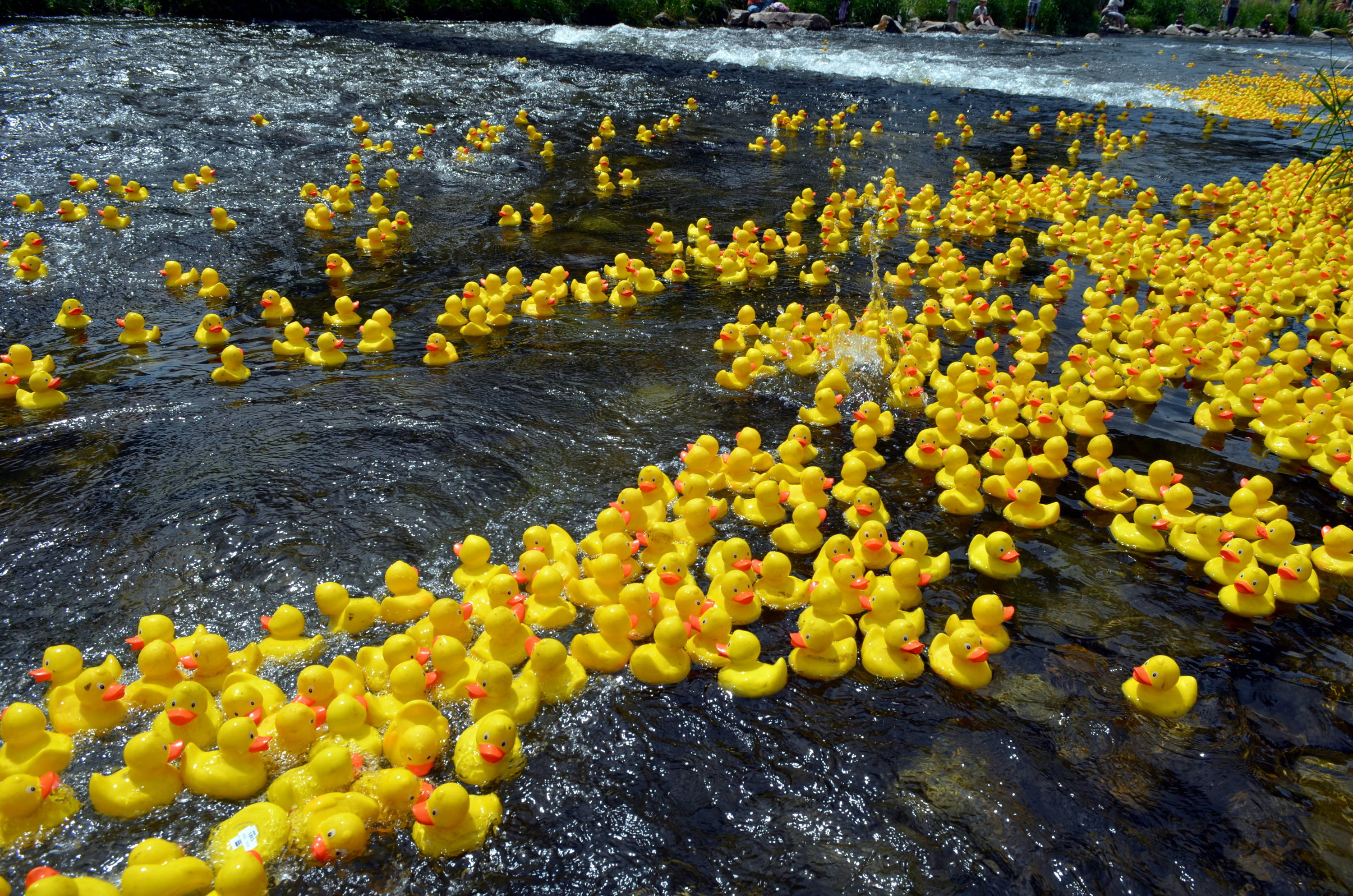 One day back in 2018, an email from researcher Dr. Mike Prior-Jones – from Cardiff University in Wales, Department of Marine and Earth Sciences – appeared in the inbox of the team from QUADRO UK. He and his research group were planning an expedition to Greenland, and they needed QUADRO’s help. “Science and research?” we thought. “Of course we’re on board with that!” A few weeks later, Mike set off for the world’s largest island, located between the Arctic and Atlantic oceans – with a QUADRO jungle gym in tow.

The research team’s objective was to study the “pipelines” inside a glacier – a system of crevices, cracks, and water channels that aren’t visible from the outside. They collected data on the temperature, pressure, and electrical conductivity of the water flowing through the glacier bed. The researchers use such information to predict how much and in what way glaciers might retreat as a result of rising temperatures. This makes it easier to estimate how much sea levels will rise as a result of glacial melting. 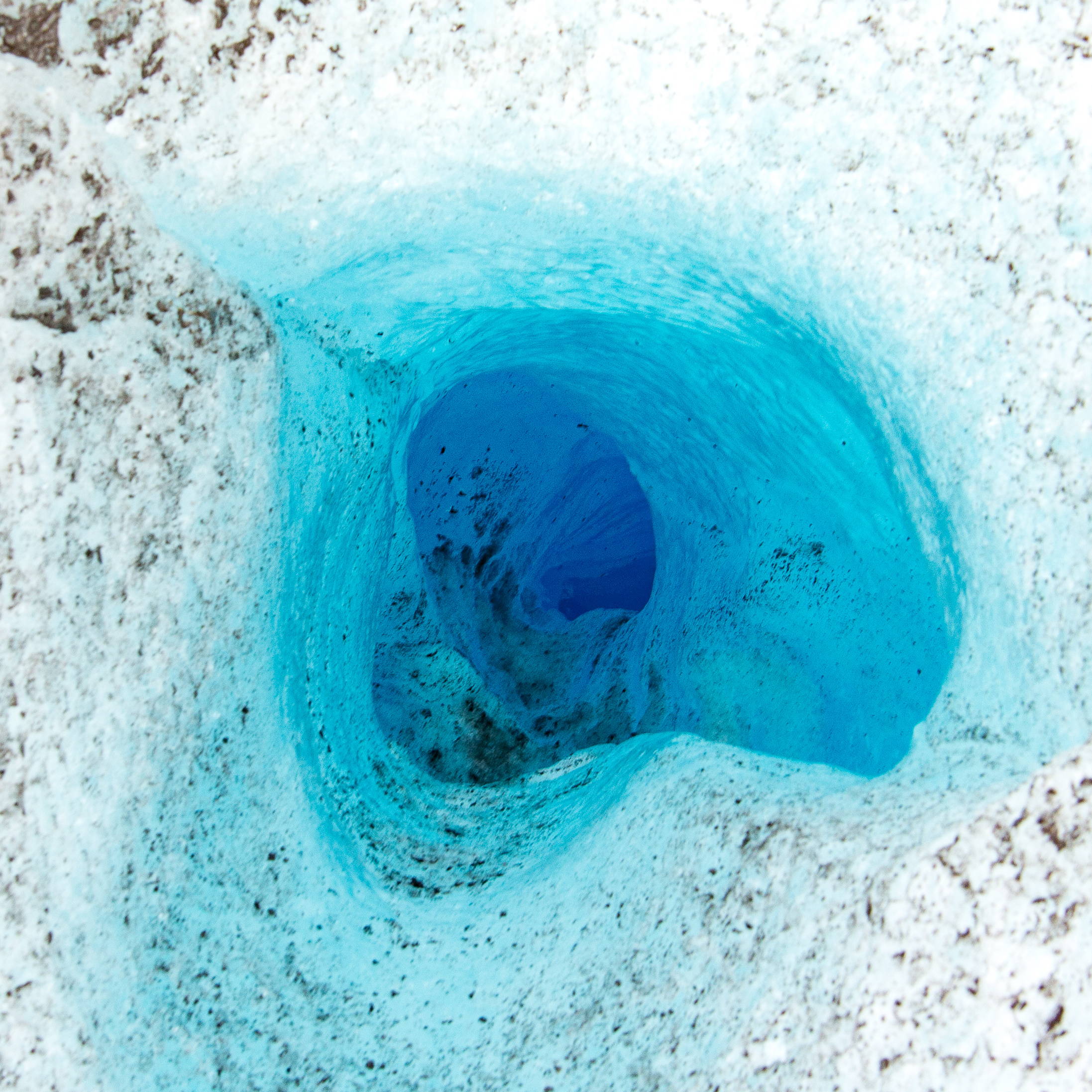 Previously, data was collected using sensors attached to cables that were lowered down moulins (also known as glacier mills). A glacier mill is kind of like a big bathtub drain, where meltwater from the surface of the glacier flows downward in a rotating motion through a kind of channel. But since the water flows through them with increasing speed, the cables have always become entangled or broken in the past. To prevent this from happening again, Mike Prior-Jones and Liz Bagshaw from Cardiff University developed a cordless glacier sensor, the “Cryoegg,” which transmits information from inside the glacier wirelessly and in real time.

The sensor itself is embedded in a sphere made of engineering grade plastic and works similar to the smart meters we’re familiar with from the latest generation of residential heating systems that can be read remotely. Once in position 1.3 kilometers below ground, the Cryoegg then transmits data to an antenna on the surface of the ice.

And this is where QUADRO comes in. “How can we install the antenna so that it won’t be affected by the extreme weather conditions in Greenland?” the scientists asked themselves. A quick search on the Internet revealed that a jungle gym from QUADRO would be the best option for what they were trying to achieve. Mike reached out to us – and together we developed a frame that could be used to hold the antenna. His colleagues jaws dropped when they saw the frame in action – even though they know from their prior work that you constantly have to improvise because there aren’t any ready-made solutions. 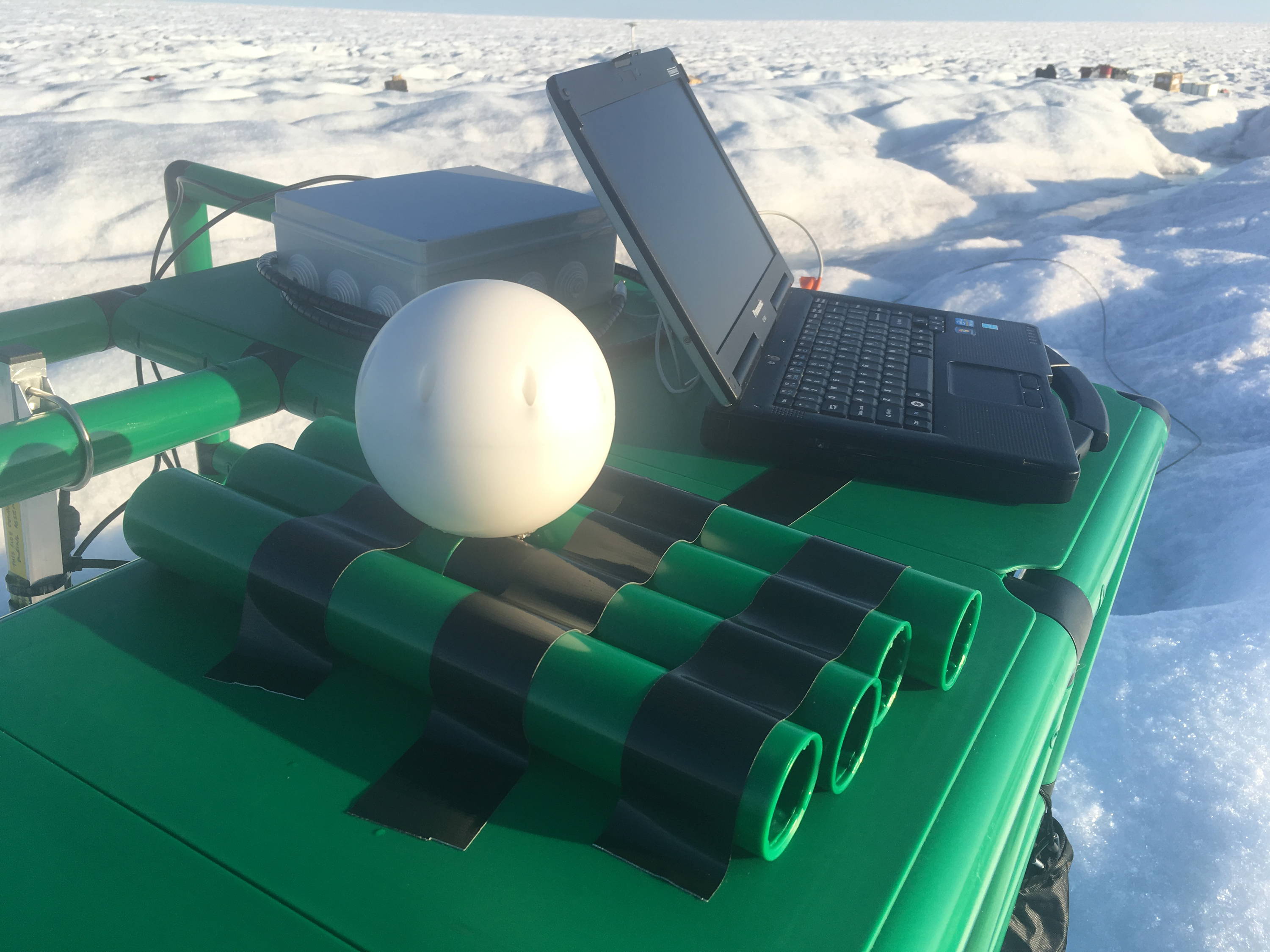 In the end, the QUADRO jungle gym turned out to be the perfect solution – the frame was strong enough to support the weight of the antenna, but at the same time flexible, which is by no means insignificant when dealing with an uneven surface made of ice. The structure easily withstood the temperatures in Greenland. The team faced a critical situation only once, when a gust of wind toppled the entire structure because it hadn’t been anchored to the ground firmly enough beforehand. But to the scientist’s great surprise – and relief – the antenna was protected by QUADRO’s cage structure and remained intact. Now if that isn’t proof that QUADRO jungle gyms can take a beating! 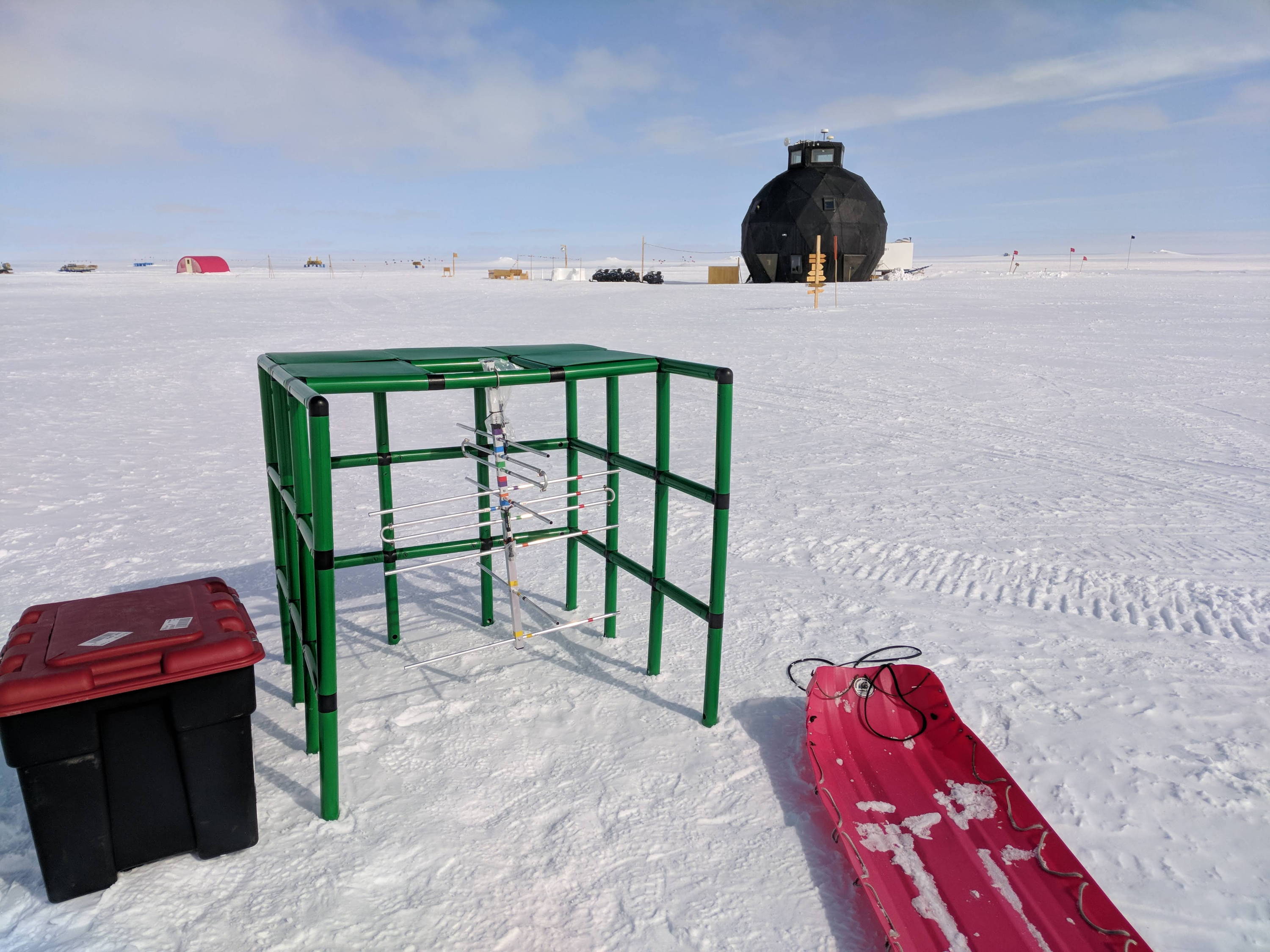 In addition to holding and protecting the antenna, the scientists also often used parts of the QUADRO structure as camping chairs or workbenches – depending on what they needed at the time. They were thoroughly impressed with the jungle gym’s versatility, and one thing was clear: they wanted THAT for their children at home, too! After all, if a QUADRO jungle gym can withstand the harsh conditions in Greenland, surviving the winter out in the yard back home would be a walk in the park. A structure that doesn’t even collapse during gale force winds will definitely hold up when happy kids are playing on it. We know this is true – and now the scientists from Cardiff University do, too. And who knows, maybe NASA’s rubber ducks will turn up someday after all, as a kind of message in a bottle from the past? 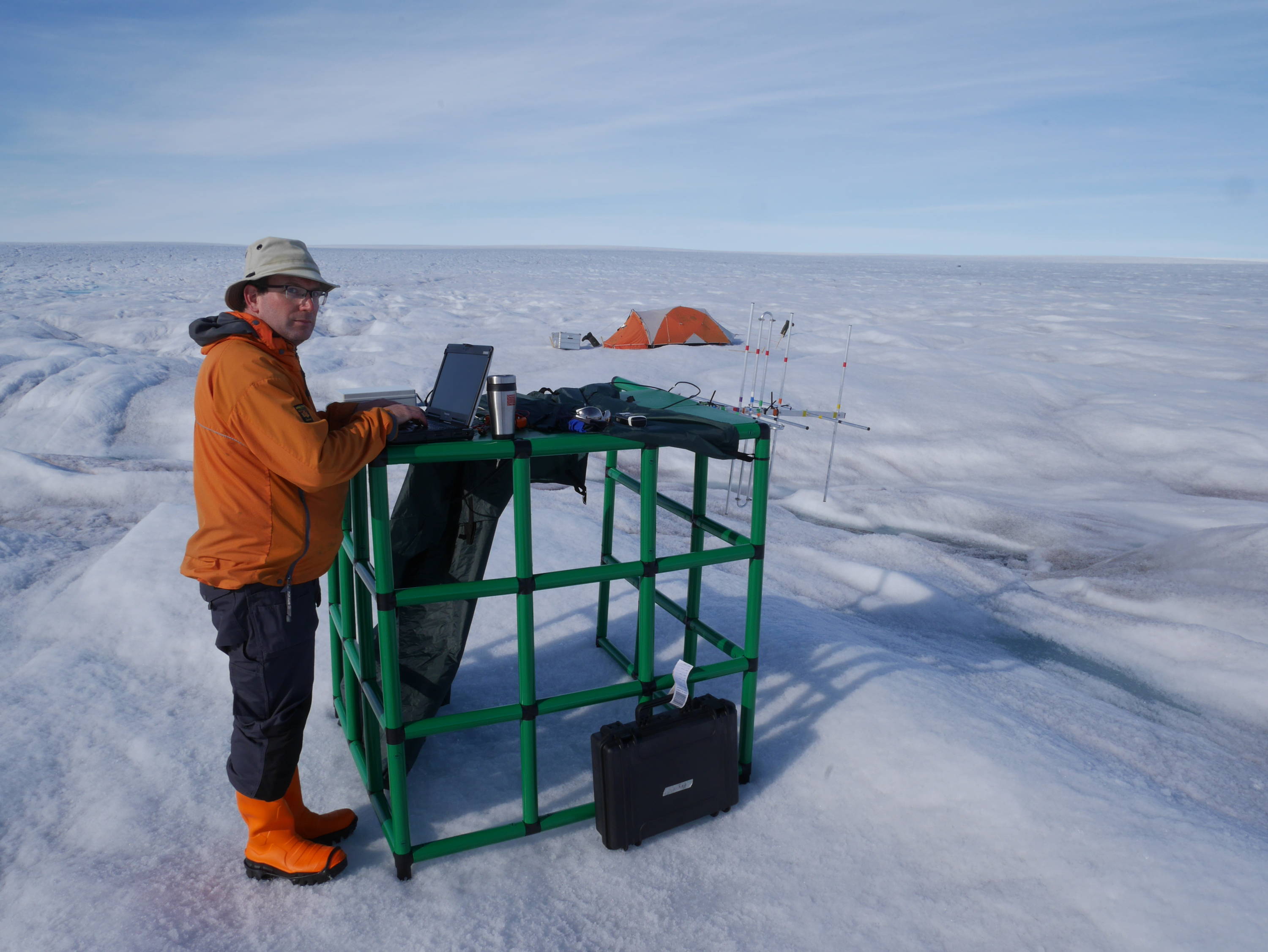 Are you interested in other research projects using QUADRO? Check out the QUADRO Submarine.

Want to learn more about the project?

Check out the Cryoegg study here.

And you can read Mike’s blog post about the project here.

And even the BBC reported on the Cryoegg project and QUADRO.