Like all young children, the little ones at the MiniMini daycare center in Krakow want to discover new things every day. And here they have plenty of opportunity to do so, because something new happens every day. In this article, we reveal what it was this time.

But what else is going on? Sometimes Lilu comes by, who the children then cuddle, smooch, and pet extensively. The black Labrador loves children and has an important mission: he is meant to get the little ones used to interacting with animals – and especially to give those whose family doesn’t have a pet of their own the opportunity to walk him and love him.

Then there are always themed weeks at the daycare center, recently for example “Pumpkin Week” or “Tree Week,” where everything revolved around the respective theme each day. Before that, the children at the daycare center went on excursions to the different continents for several weeks at a time. In the process, they had the chance to learn about other cultures – whether through traditional dances, making African masks, or sampling culinary delights from the individual countries.

But even beyond that, culinary activities are a large part of the kids’ lives – once a week, everything revolves around the art of cooking and sensory perception. The children prepare colorful cocktails, canapés, and cookies, and even knead dough and watch it rise through the oven door. Together with the daycare staff, they smell different spices and try them out themselves while preparing small dishes.

The MiniMinis are very health-conscious from a very young age – when celebrating birthdays, they don’t have the usual mounds of candy, but some baked goods, fruit, and vegetables. “One time we held a farewell event where each of the children brought a cake. All of sudden there were nine cakes on the table,” laughs Sylwia, one of the daycare center’s staff. This was the moment when it became clear that something had to be done. After all, it isn’t just candy that’s unhealthy. “You can celebrate a birthday in a very different way,” she says. “And besides, then kids don’t get used to the junk food at a young age.” 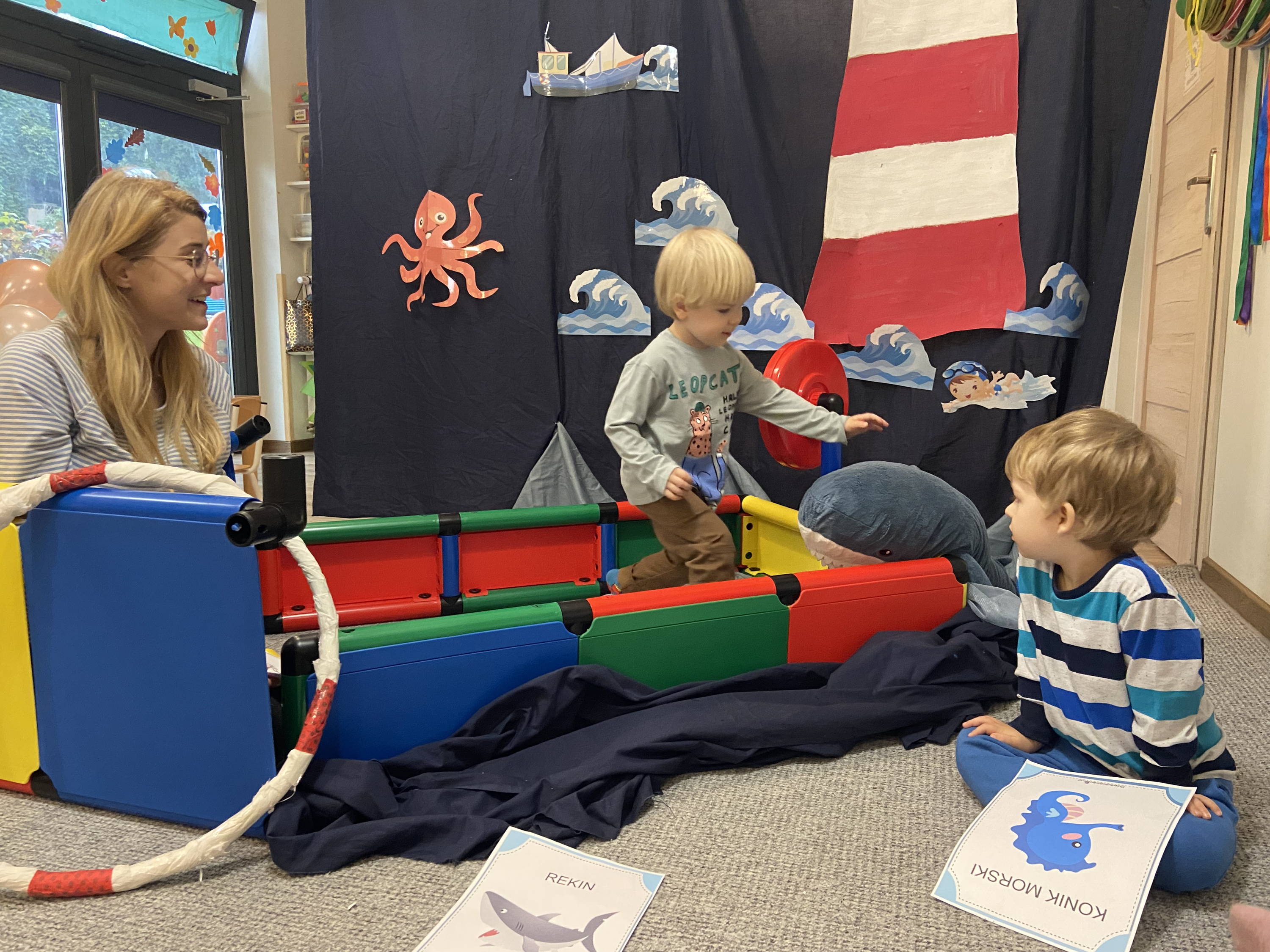 Almost more exciting than the birthday parties was the day the police paid the MiniMini daycare center a visit. A policeman explained his profession to the older children, talked to them about safety, and they also had the chance to visit a real police station – and even get into a police car! The car was immediately mobbed and the little ones realized that eight of them could fit inside. Whereby one Mini only managed to get a leg inside – but that still counts, of course!

And what’s new at MiniMini today? A QUADRO jungle gym, of course. In CLASSIC colors that the children particularly like. The little ones immediately discovered the QUADRO Evolution kit and used it to build a ship during “Ocean Week.” They’re happy that they now have something as awesome as their own indoor playground for those days when the weather is bad. In the near future, the staff plan to build an obstacle course with QUADRO so that the children can jump over it or crawl through it during movement exercises. And because QUADRO is so versatile, they will certainly be able to use it during many other themed weeks, always put together in a new way. 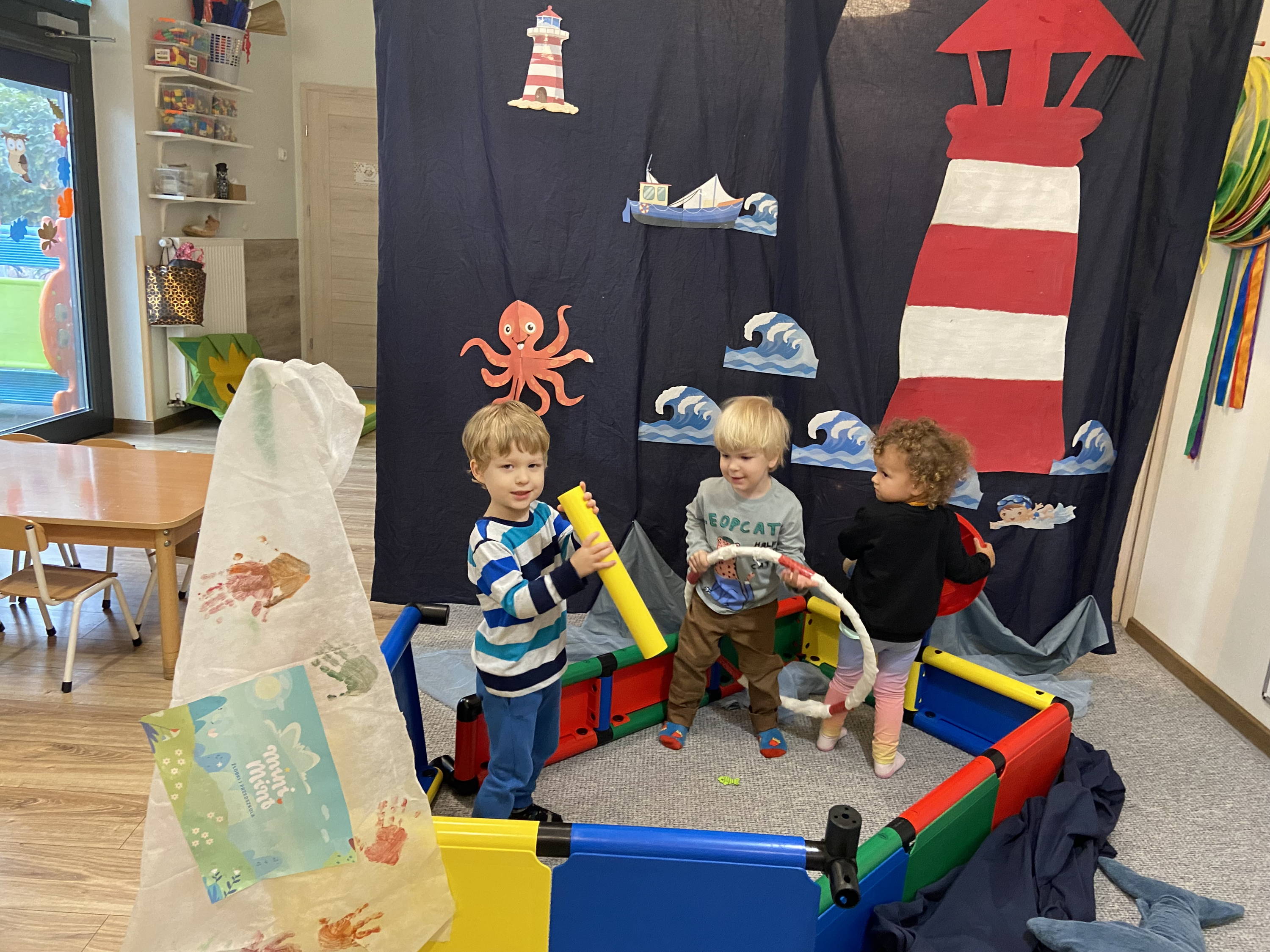 You can find plenty of pictures of the MiniMinis on the daycare center’s Facebook page.

And you can check out the QUADRO Evolution jungle gym here.