Five Kits at Once People in South Africa love QUADRO as much as people in Europe and in the United States. Read this short article to find out what goes on with kits on the other side of the world.

What a super Christmas holiday it must have been when five kits were given as gifts in Fran’s family! ...but let’s start from the beginning: A long, long time ago, in 1984, Fran’s brother went to a toy trade fair in Johannesburg and discovered a QUADRO stand there. He brought brochures about the kits home with him – and that sparked something... Fran’s mother decided that QUADRO would be the perfect Christmas present for her grandchildren. And at the time she had more than a few – six, to be exact. Fran’s three children, who ranged in age from two to eight, received a kit as did the two-year-old daughter of Fran’s brother, and her other brother’s twins as well. 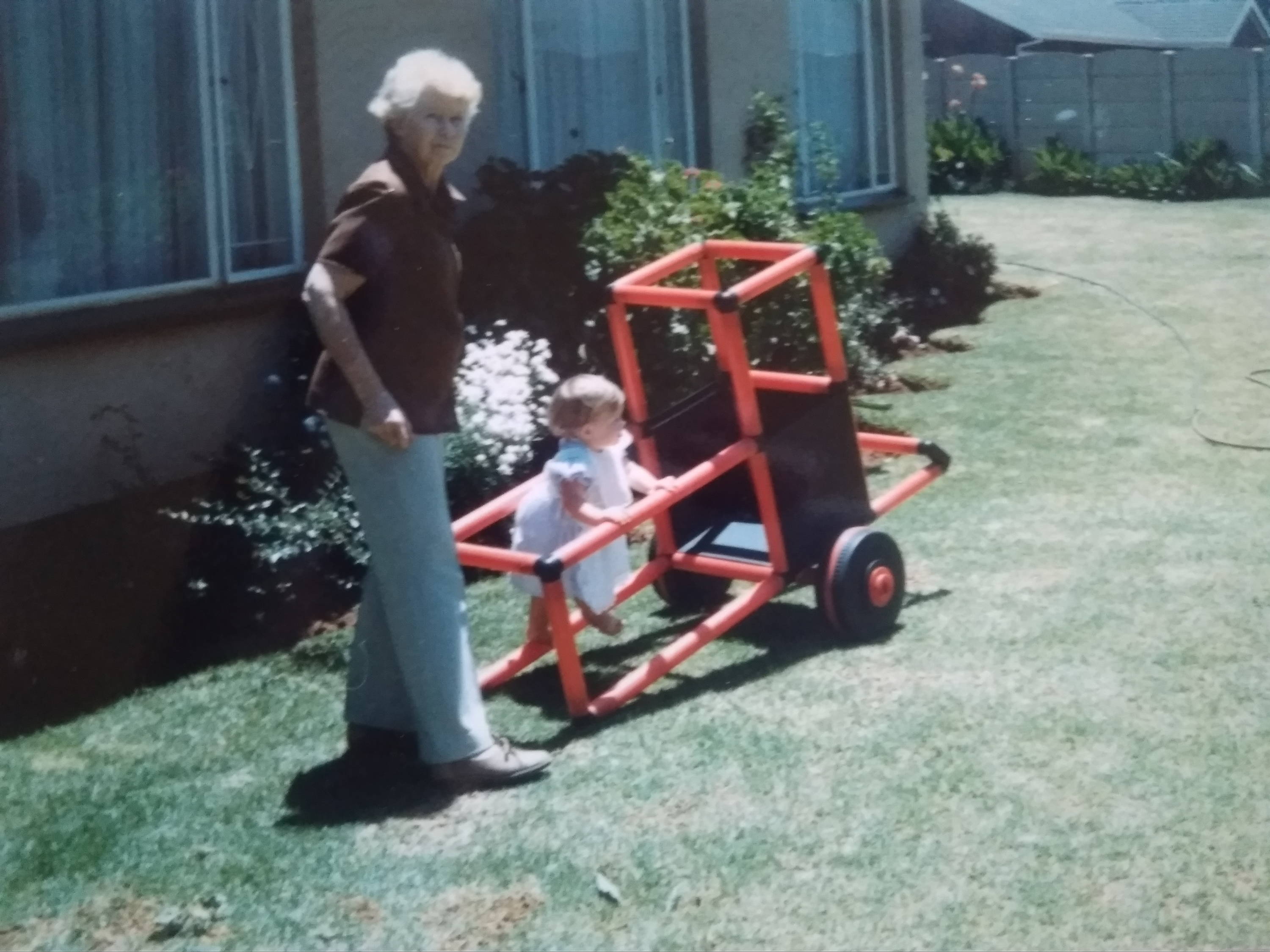 Then Fran’s mother-in-law also caught QUADRO fever and likewise bought two kits for her grandchildren – Fran’s husband had two siblings. That was enough QUADRO for the whole family. 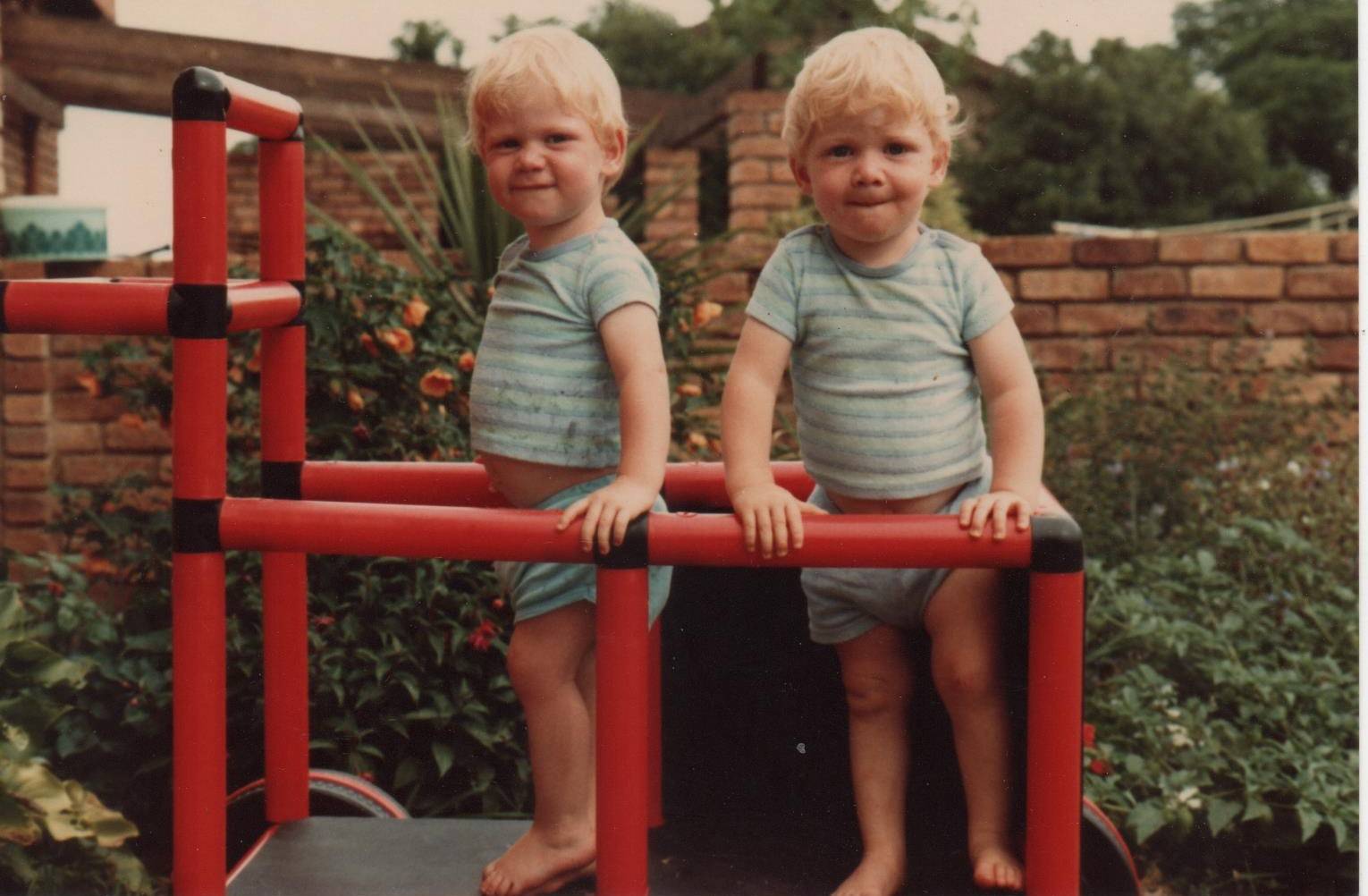 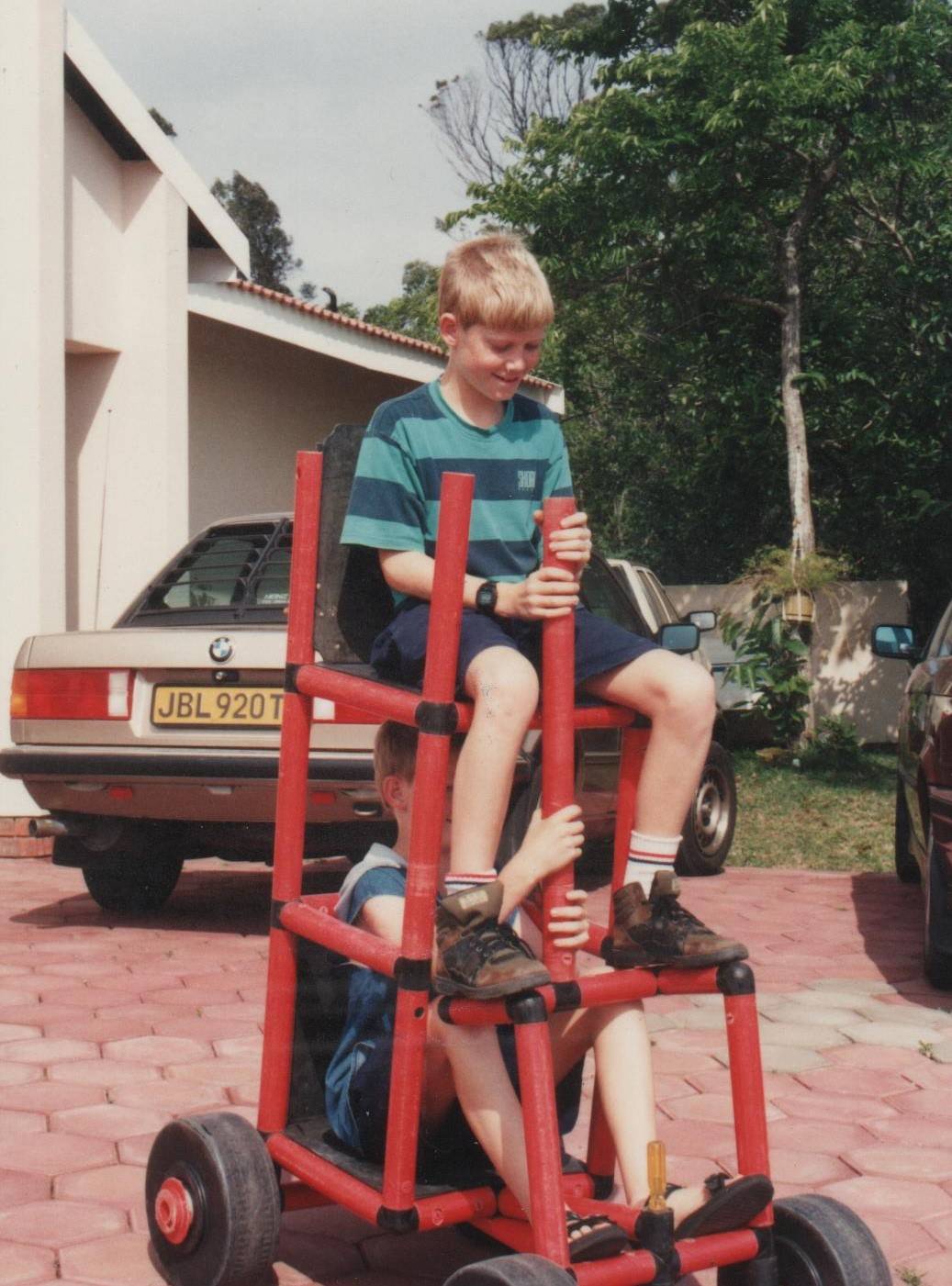 The children loved their QUADRO to death – above all, the go-kart that they built from it. But eventually things changed: When his twins were 12, Fran’s brother emigrated with them to the USA. They weren’t able to take their QUADRO along and gave it to the neighbor children. Fran’s other brother moved to Canada and he also had to leave his family’s QUADRO behind. But Fran kept her family’s QUADRO when her own children left town to attend a boarding school when they were 12. She tucked it away – and didn’t take it out again until her daughter was learning to drive. 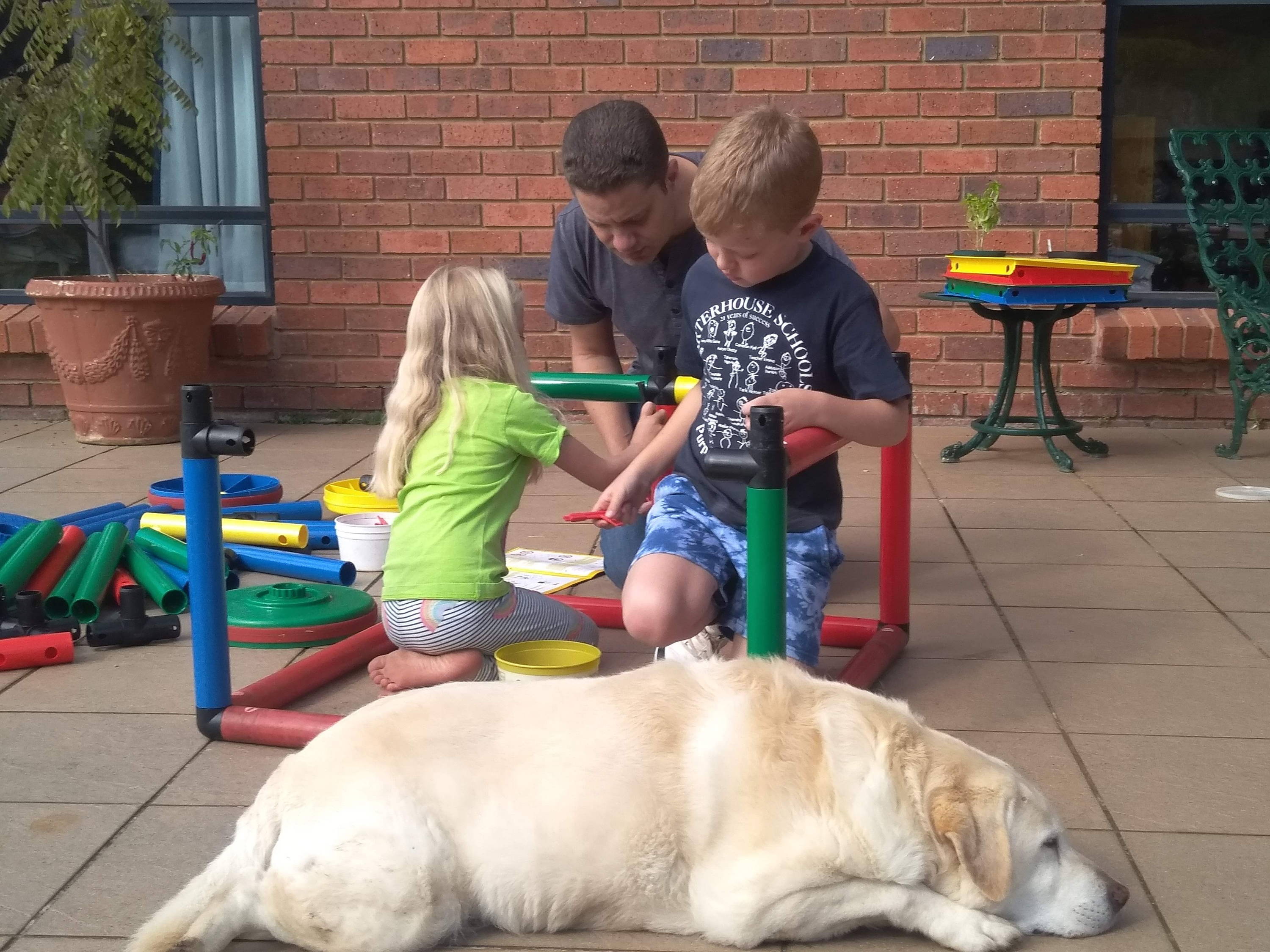 The two used the go-kart’s off-road wheels as markers so that her daughter could practice driving in reverse. But that didn’t go well for long... The car ran over the wheels and one was damaged. Although it wasn’t totally wrecked and could still be used, eventually they would need a new one because Fran’s grandchildren were also crazy about the go-kart. She ordered the missing parts from England and when they were delivered, she was surprised to discover that QUADRO supplies wheels for indoor and for outdoor use. She had received the multi-wheels – which she used for a while at first until she contacted us at some point. 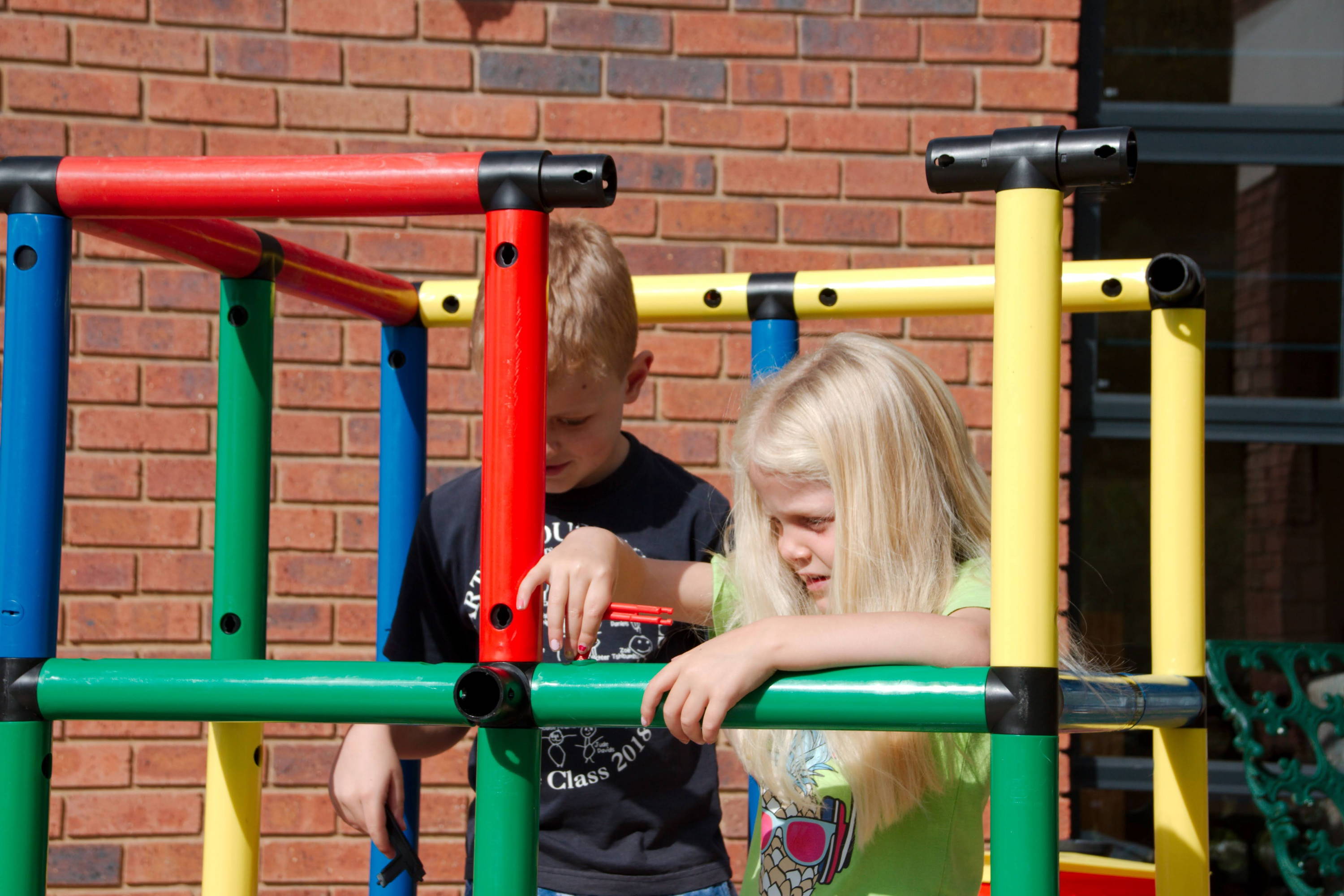 In addition to the off-road wheels that she had wanted, we sent her the right kit to match the “wrong” multi-wheels so she could build a colorful go-kart. Now she’s well equipped when her grandchildren come to visit – because the first thing they do when they’re there is to take their QUADRO outside to play. 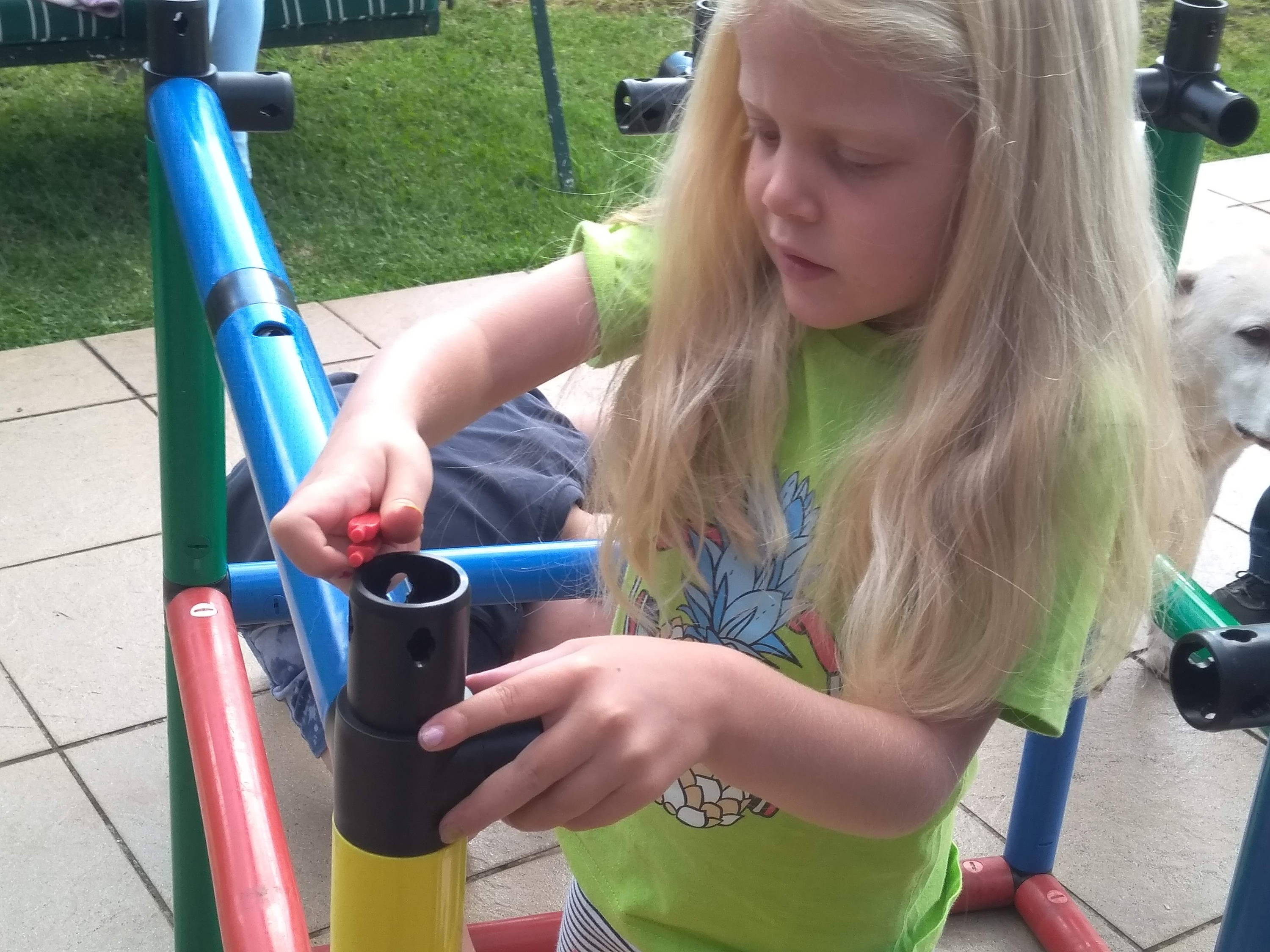 Even the child who lives with his Grandma next door is thrilled with QUADRO. The boy just turned seven and spent almost his entire birthday driving the vehicle back and forth. 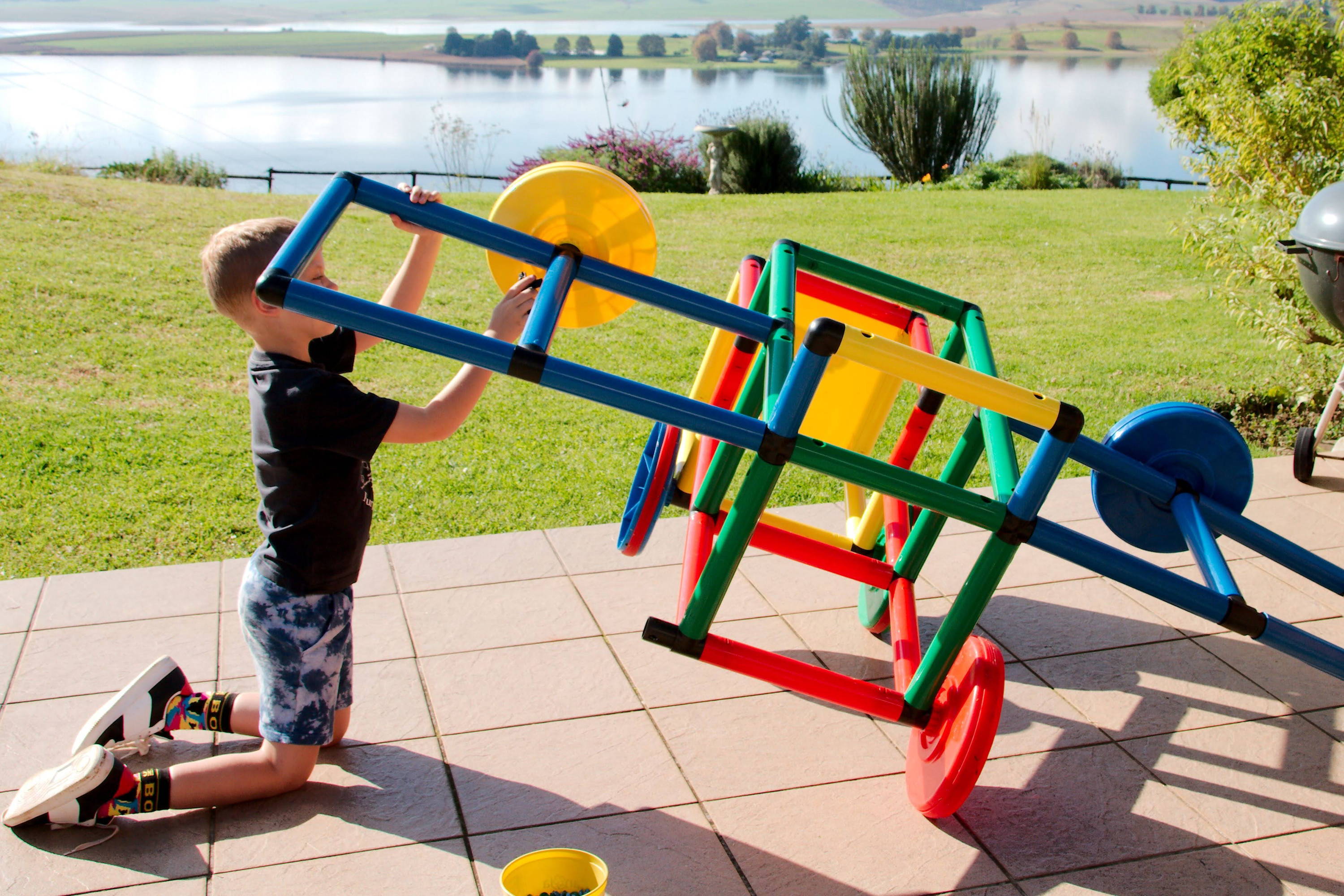 Fran’s niece from Durban remained in South Africa like Fran, even though her brother emigrated to Australia. Her niece has kept the QUADRO that she and her brother received at that Christmas long ago, and she already knows that it will be in use again very soon: Her baby is now nearly two years old and will soon experience his first climbing adventures. 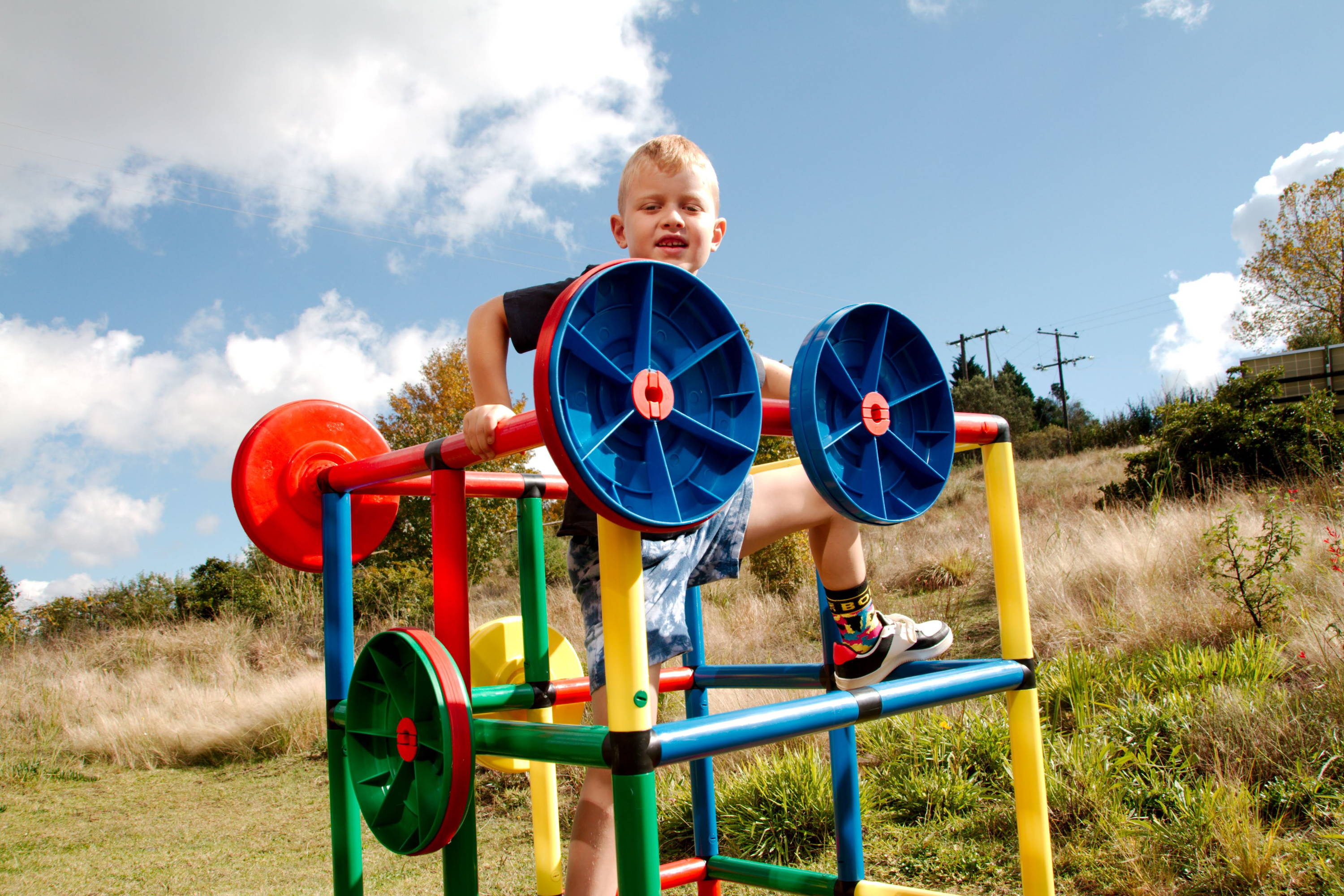 But not only the children are impressed with QUADRO. Fran’s son-in-law, an engineer, thinks that the design is clever. So he talked to a friend who teaches engineering at a university and suggested that he use QUADRO there. The QUADRO go-kart provides a vivid way to demonstrate how a steering mechanism works. 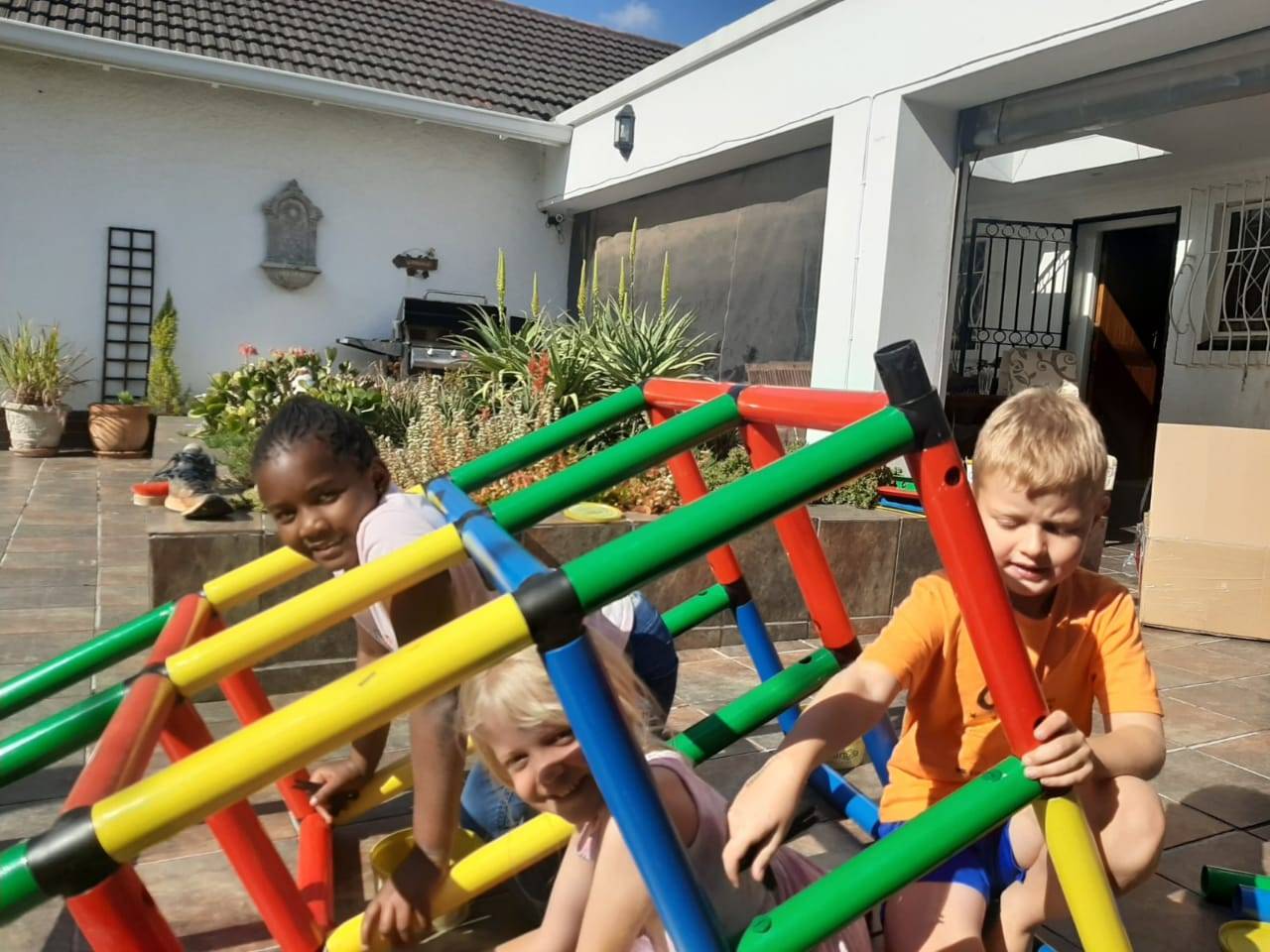 Who knows? Maybe there will be a sequel to this interesting story… 😊 To make sure you don’t miss any more QUADRO news, just register for the newsletter. 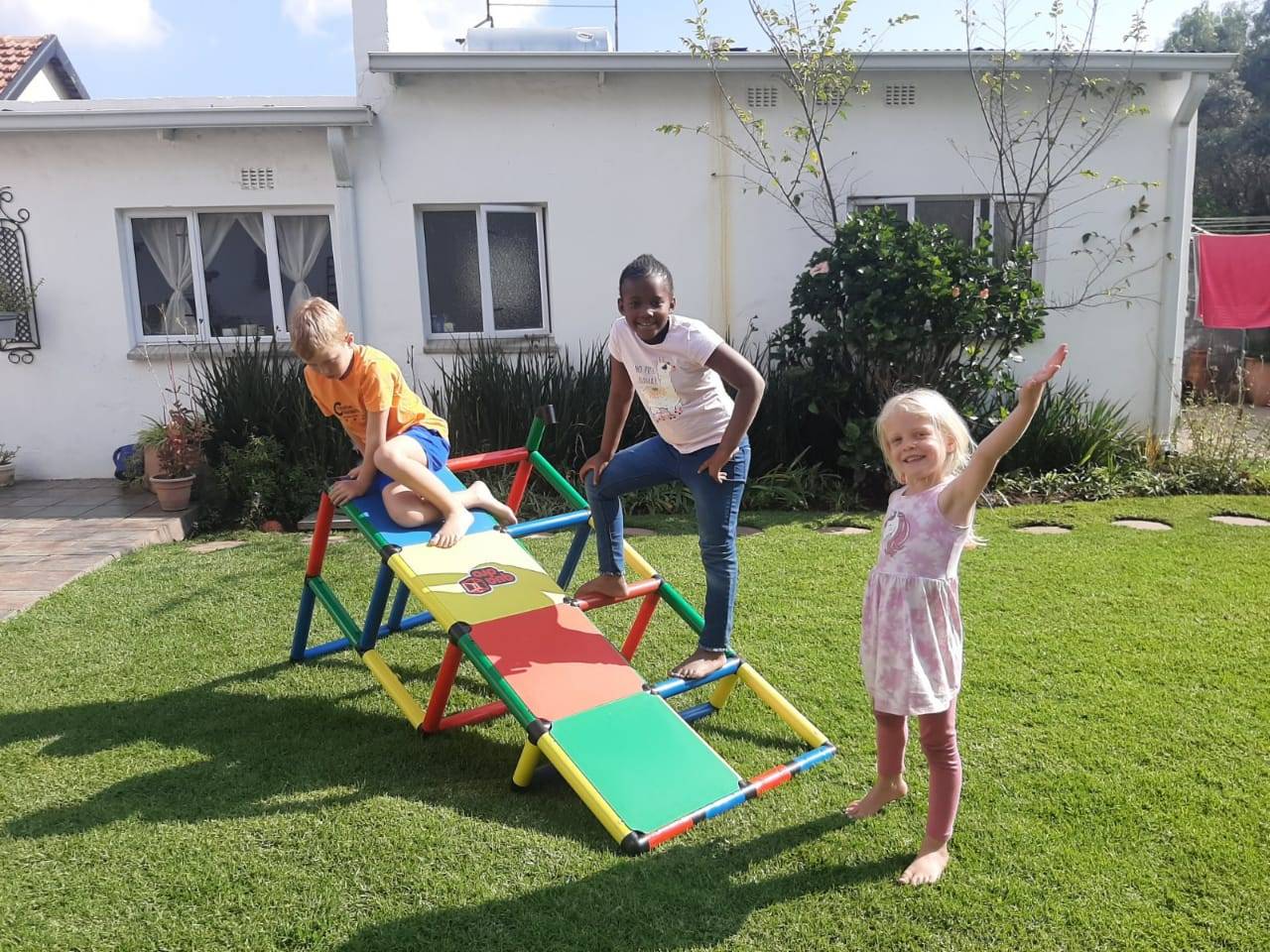 As you’re waiting for Part Two to come out, take a trip with us to the Persian Gulf, Portugal, or Belgium. 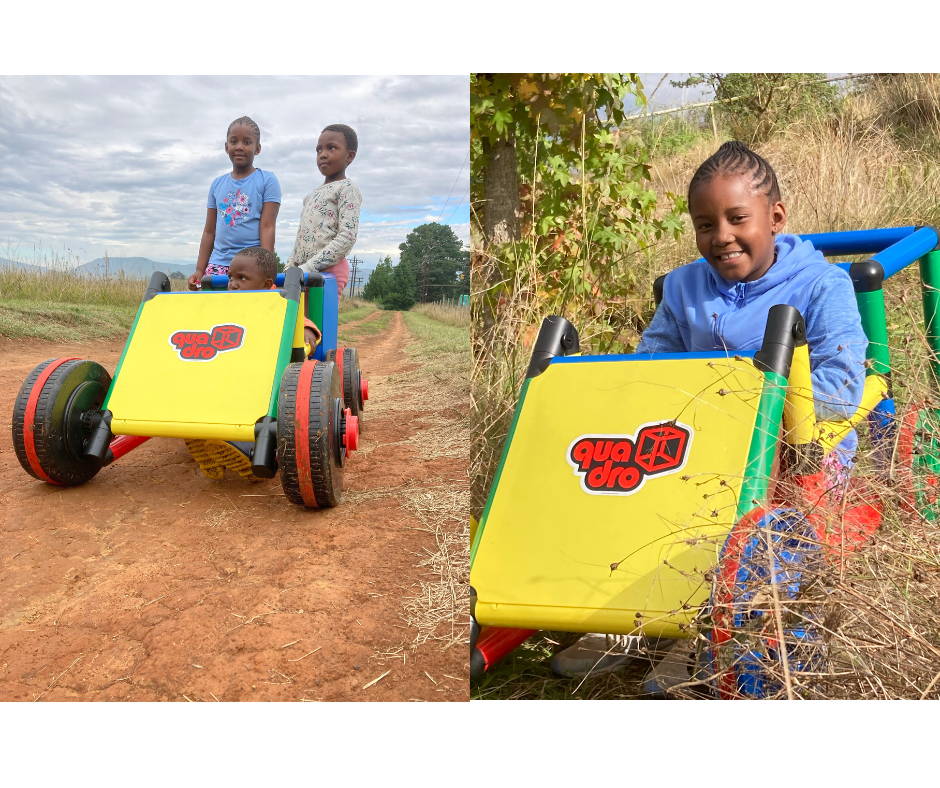 If you have an exciting story for us, just drop us a line anytime. We encourage interesting projects – including free products, among other support. We look forward to hearing from you! 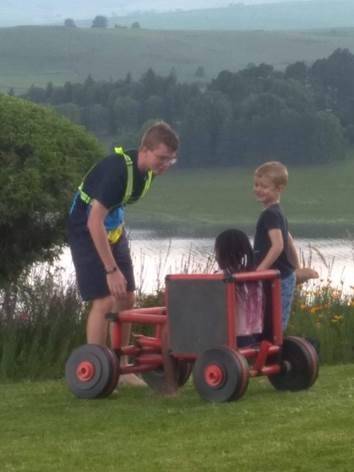