Building around the Corner with QUADRO Formerly, the Wagners kept their QUADRO set right in the middle of their apartment so that the children had lots of room to play. But that was about to change when the family moved into a house – and Paula, their mother, had a terrific idea: simply build the QUADRO set around the corner.

“If we don’t get a building permit, we’ll just build something with QUADRO"

Mirko, the children’s father, used the QUADRO design program to develop a construction idea that astonished both the kids and others as well. Because he carefully planned the layout and used everything available in the QUADRO Shop, even the super short tubes, he was able to design a jungle gym that could be put up right against the wall between the living room and the hallway. What luck for the entire family! This way, the huge structure didn’t take up much space and attaching it to the wall made it very sturdy, so it could not fall down. And this dazzling jungle gym gave the charming and stylish house a splash of color. 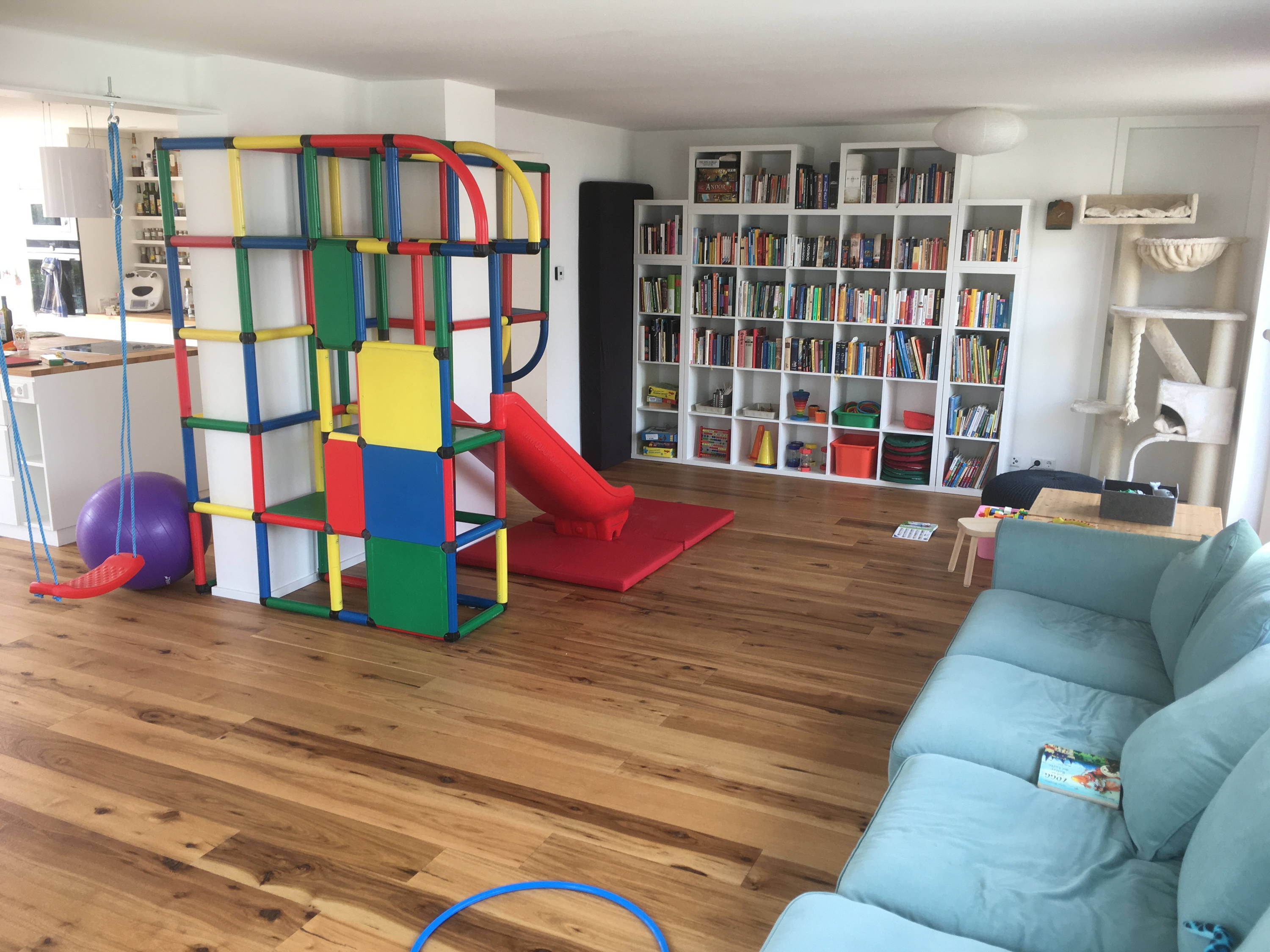 ...it was a real eye-catcher for visitors, of course. Those who had QUADRO in their own homes nodded with recognition as they came in the door; others assumed it was a customized design. And actually, in a way, it really was: a customized design by Mirko himself that brought together what both the parents and the children wanted. And not just what they wanted: Friends who came for a visit hardly had time to take their shoes off before they ran to the QUADRO and climbed on up. 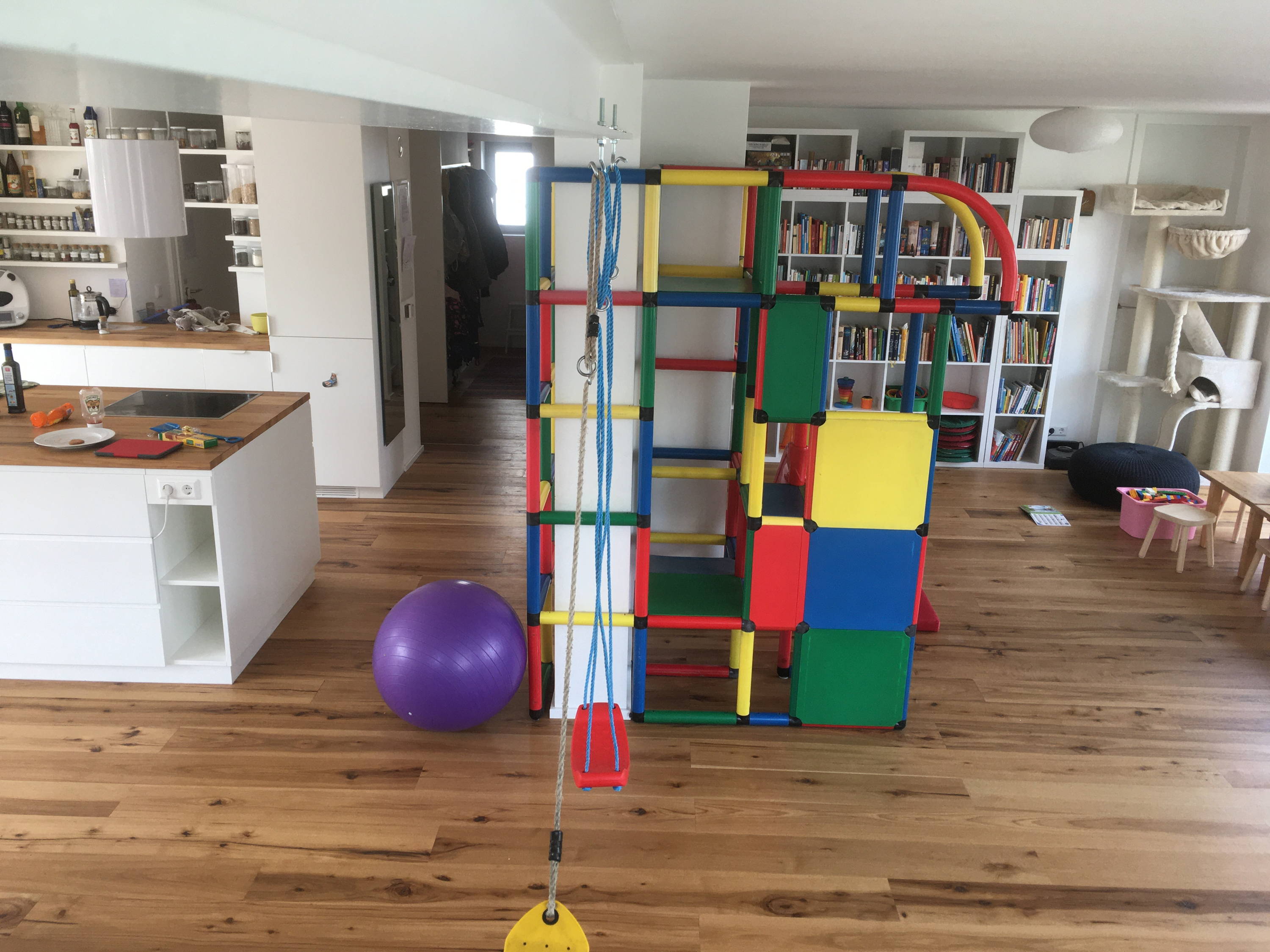 Of course, like real QUADRO fans, the Wagners don’t have just one jungle gym – they have several. Because after all, in the summer the children want to climb outside in the fresh air. But even outdoors, the parents weren’t able to stop developing something else they needed: a QUADRO railing for the deck, which was bordered on two sides by flower boxes and a bench, while one side remained open at first. 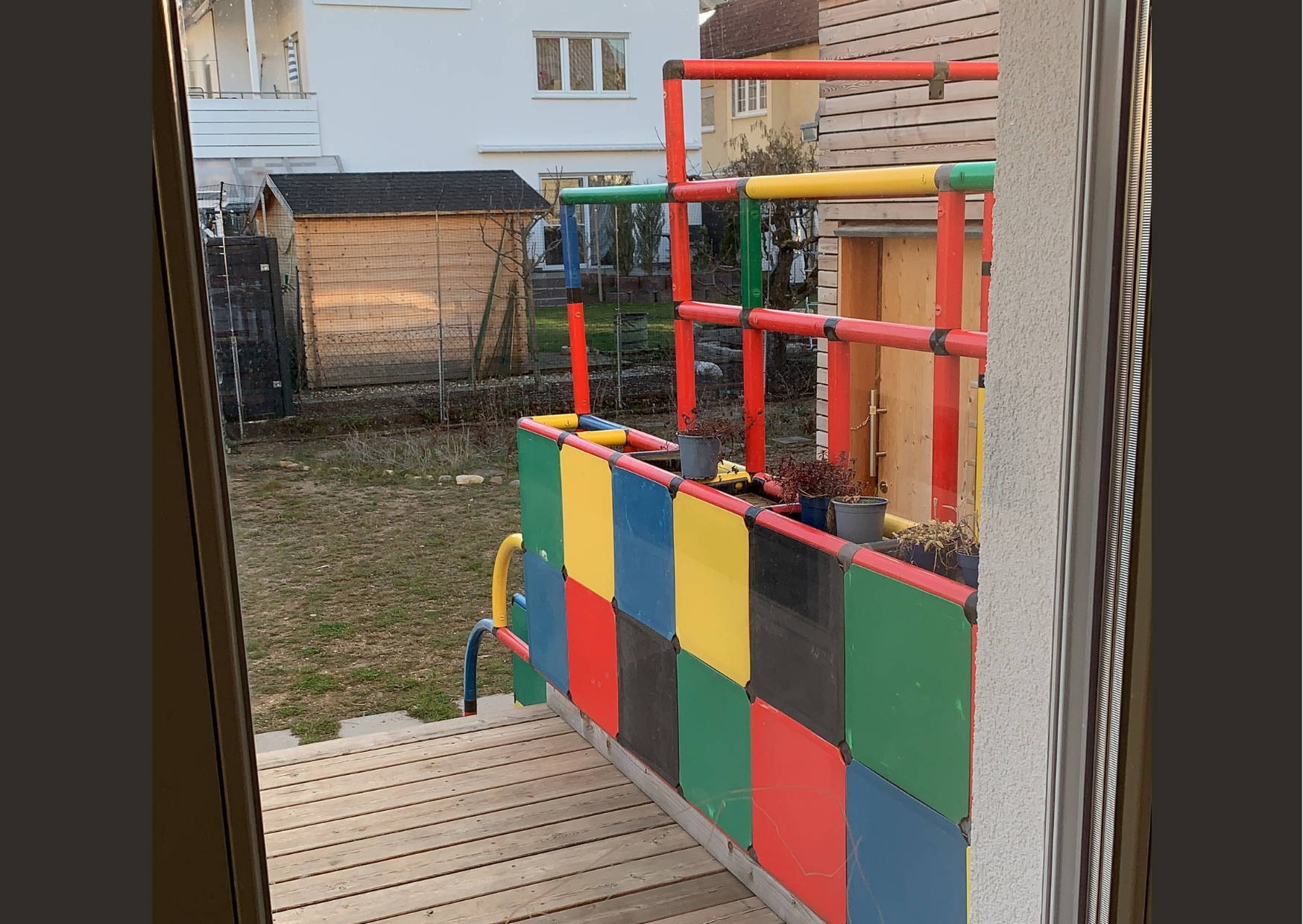 “If we don’t get a building permit, we’ll just build something with QUADRO,” said Mirko jokingly to the architect – and just a short time later, his idea became reality. 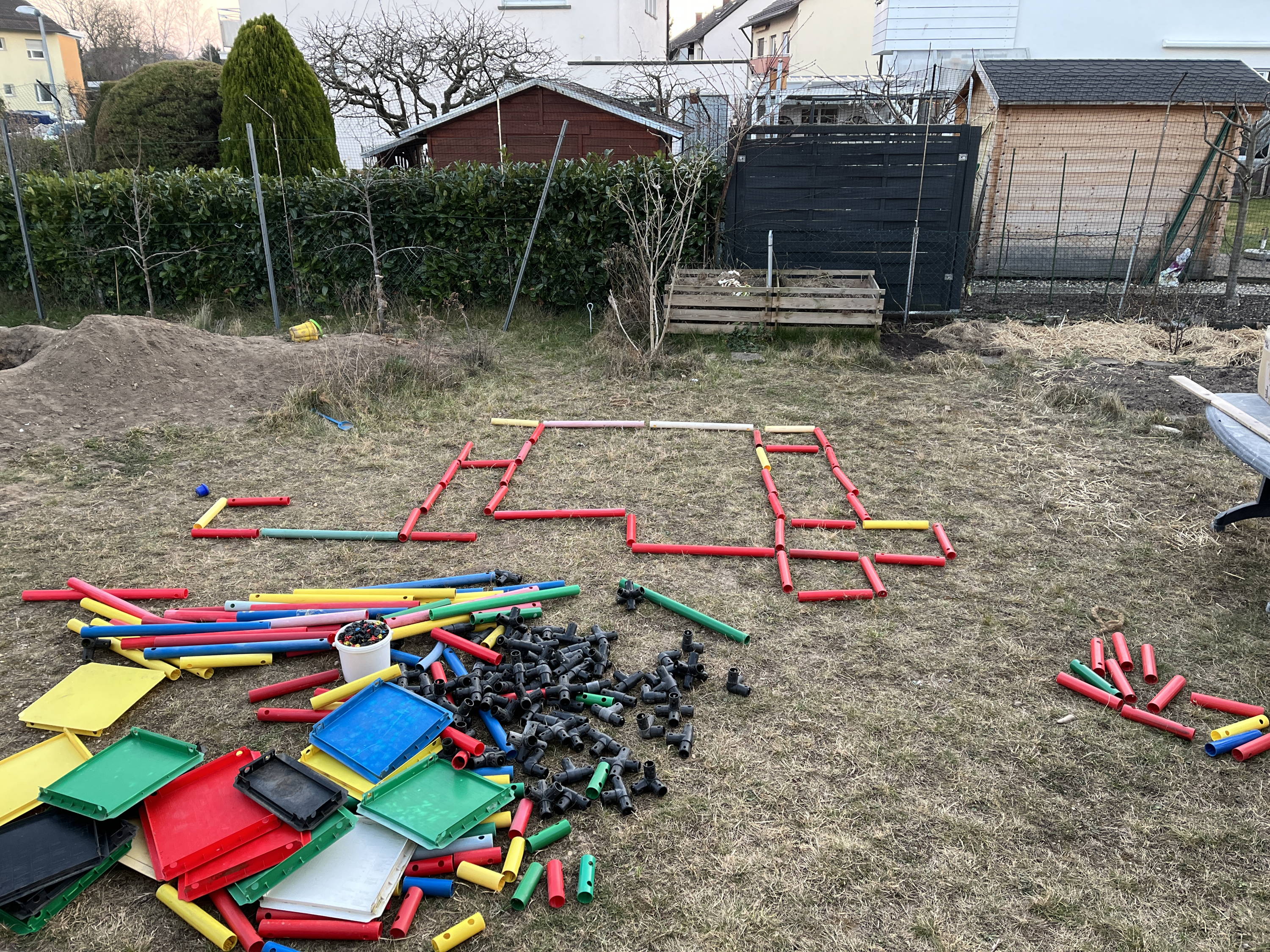 Unfortunately, the railing didn’t remain there long: The family was planning a large garden project for the spring and spontaneously used the tubes and the panels from the deck for that. So the railing was simply transformed back into a jungle gym. The family wanted to get curved QUADRO tubes for it – and of course they received them because we are quite enthusiastic about the ingenuity of these four people. In addition, we provided two metal screw keys when we heard that the children were always fighting over them as they were building. 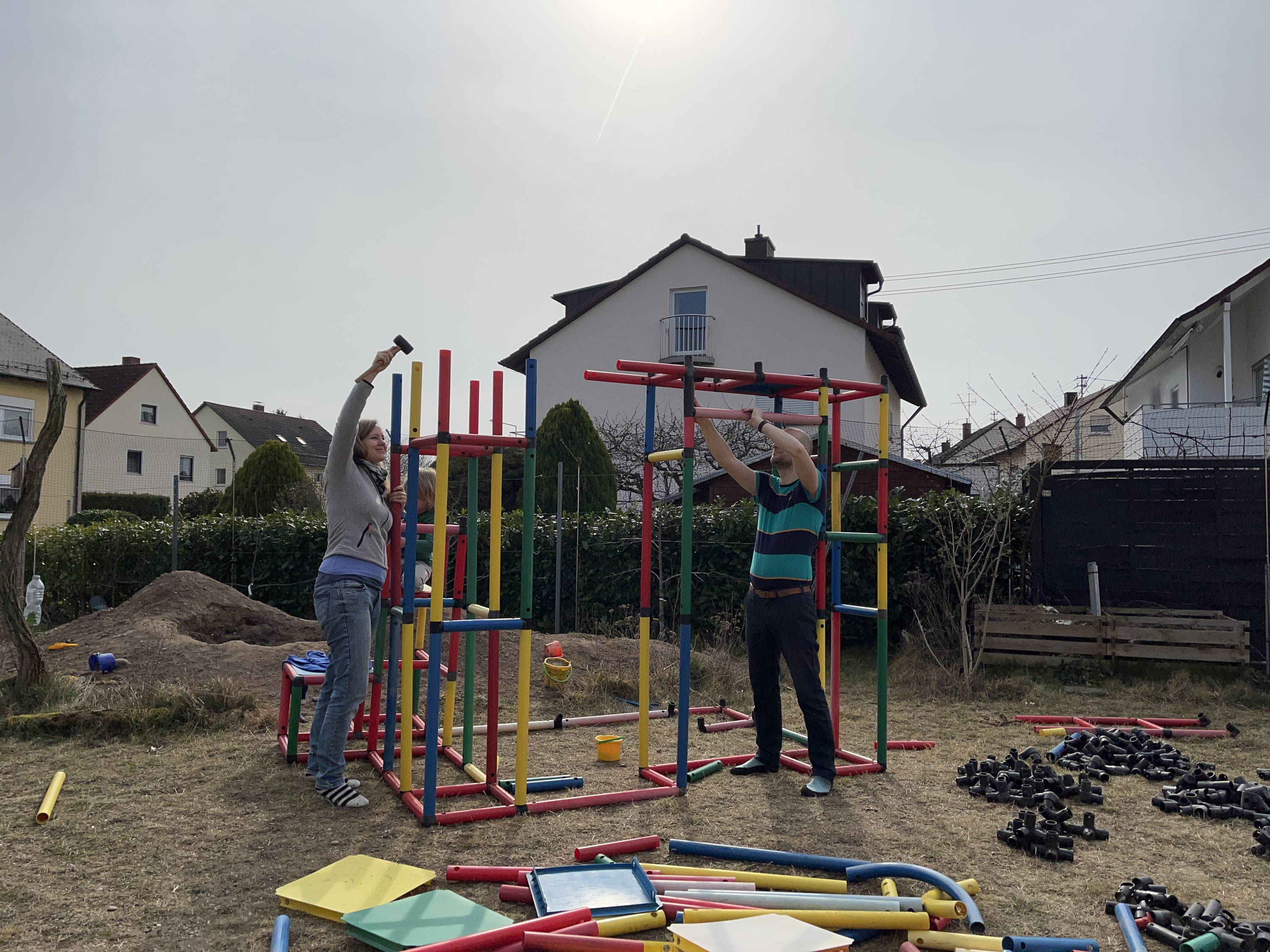 When asked about his great devotion to and passion for QUADRO, Mirko tells us that he is a true QUADRO veteran: He still remembers a trash can at his parents’ house that was filled with QUADRO and how his brother always climbed into it when he was a kid in order to grab just the right part. Since their grade school days, both of them were big QUADRO fans and they built everything a person could build: a tree house, a raft, and – of course – a race car. The first one was built using castors. It didn’t survive long, however, when the two sped around the block twice. There were no two ways about it: the car had to be improved by adding real off-road wheels. They delivered what they promised – and the two zoomed everywhere they wanted in the car. 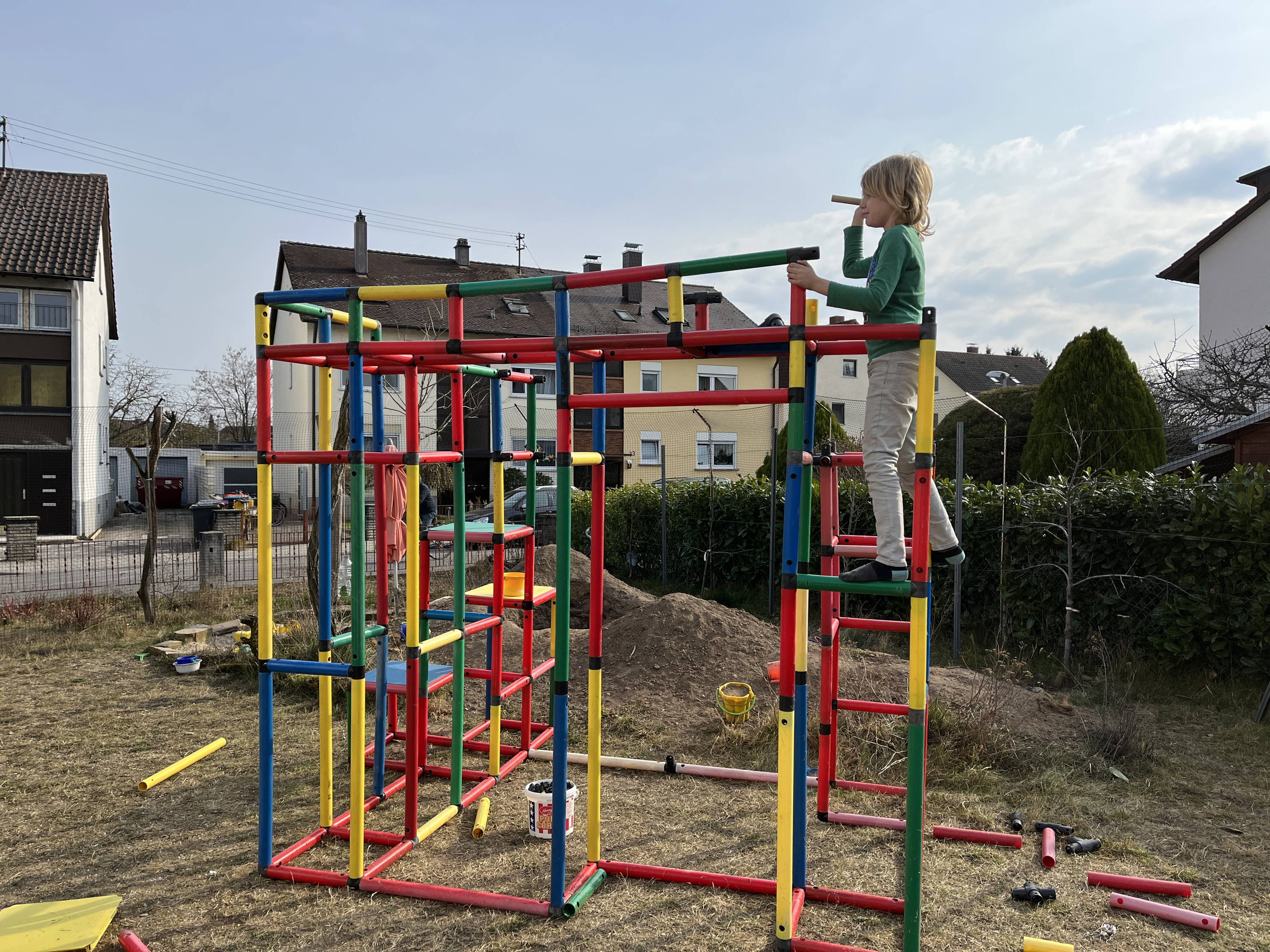 “Now my kids are getting started,” says Mirko, laughing. Now they’ve got QUADRO fever too. The family has an enormous box full of tubes, screws, and connectors that they use all the time to create something new. 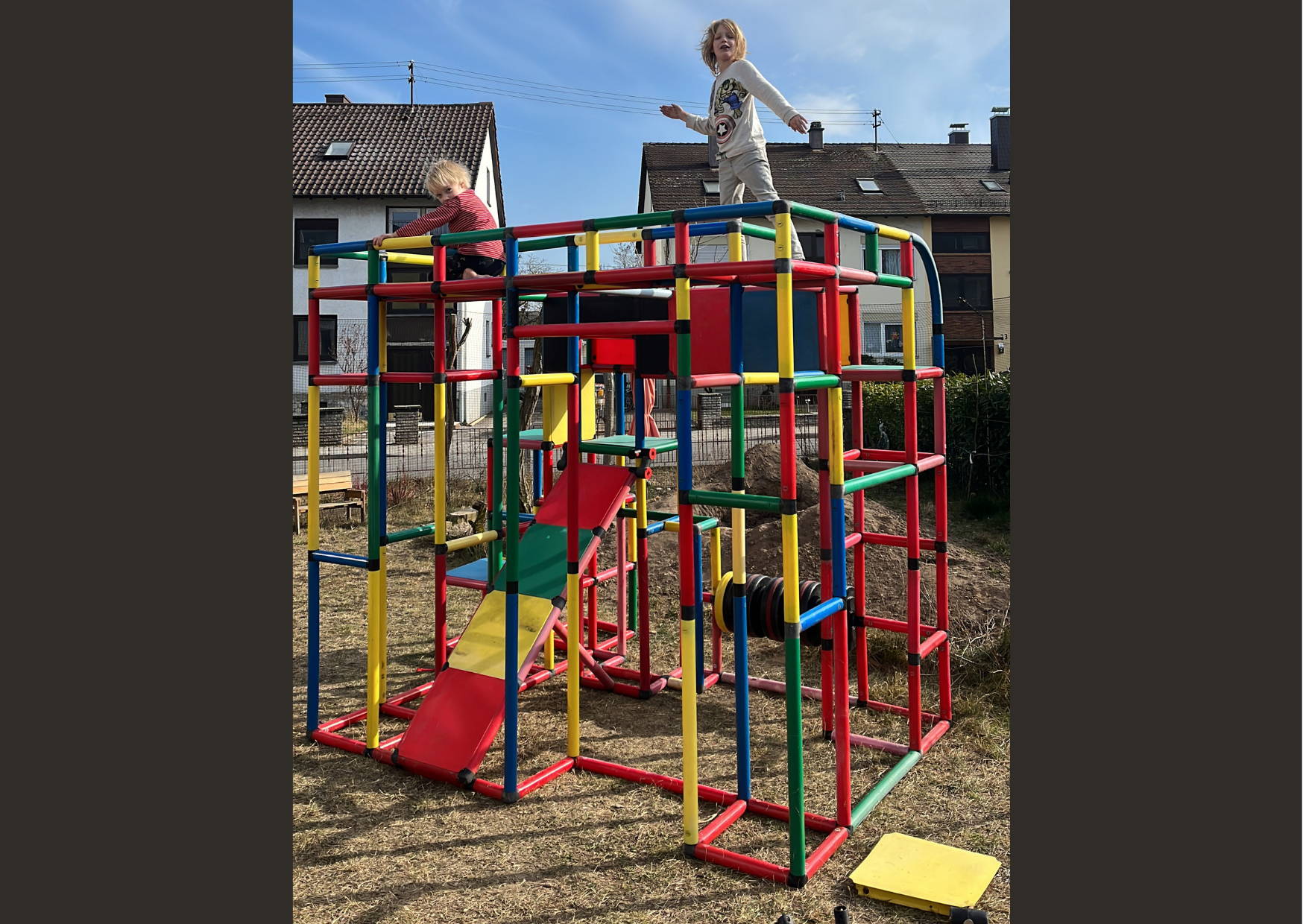 “Except for the castors, which really endured a lot during our wild phase, QUADRO is unbreakable,” explains Mirko. “Some of the panels we use still have four-digit postal codes stamped on them. That’s how old they are.”

Children, children – how time flies! In another thirty years (because that’s how long it’s been since the postal codes changed), when Mirko’s children want to build a dazzling jungle gym with their own children, maybe they won’t even know that there were once four-digit postal codes. But the panels will still be as sturdy as they are today – we’re pretty sure of that. 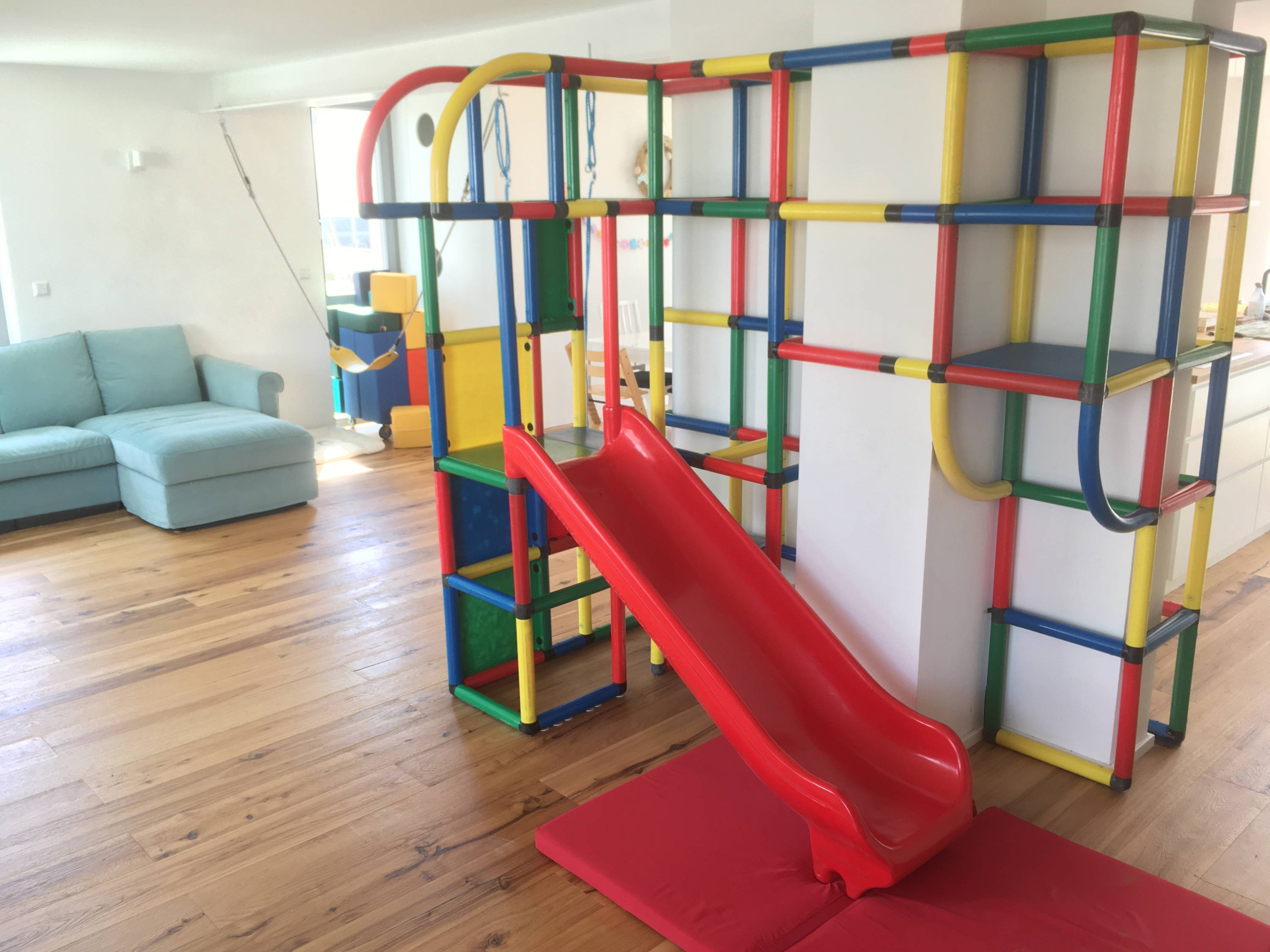 Have you also brought fantastic ideas to life with QUADRO? Or are you planning something extraordinary, dazzling, or crazy? Then drop us a line (marketing@quadroworld.com). We look forward to hearing from you and maybe even telling your story! We support especially fine projects with discounts or free QUADRO building supplies.