“Tr_” is written on the piece of paper that little Mia is holding in her hand. “Ee!” she exclaims and runs off in search of the missing double vowel. She discovers it at the very top of the jungle gym, which she first has to climb up to get hold of the note card pinned there. There, she’s got it! Then she runs even faster and quickly puts the card down with the others – a smile on her face as big as the moon.

We find ourselves in an English class in an elementary school near Washington, D.C. In most ways, this is a normal school like any other, except that here, movement is an important part of the curriculum. In addition to two PE classes each week, the students also have an additional “physical activity class” that teachers can structure as they see fit.

“Kids in first and second grade simply can’t sit still for six hours at a time. Especially since they were able to play almost the entire time when they were in kindergarten,” explains Sarah, one of the teachers at the school. She thinks that classroom instruction should be more movement and action-oriented: “After all, children nowadays don’t move enough anyway.” (For more on this subject, check out our blog entitled “Couch Potatoes – Why Children Suffer from a Lack of Exercise Even More Than Adults.”) That’s why she supplements her lessons with motivating exercises – so that the little ones actually enjoy learning. She simply wants to do something good for them.

During Sarah’s classes, the students also go on reading and math walks. Reading walks are like scavenger hunts – the children first read the instructions out loud and then carry them out. She also does running dictation, where they have to remember letters, words, and phrases that are scattered around the room and write them down when they get back to their seats. 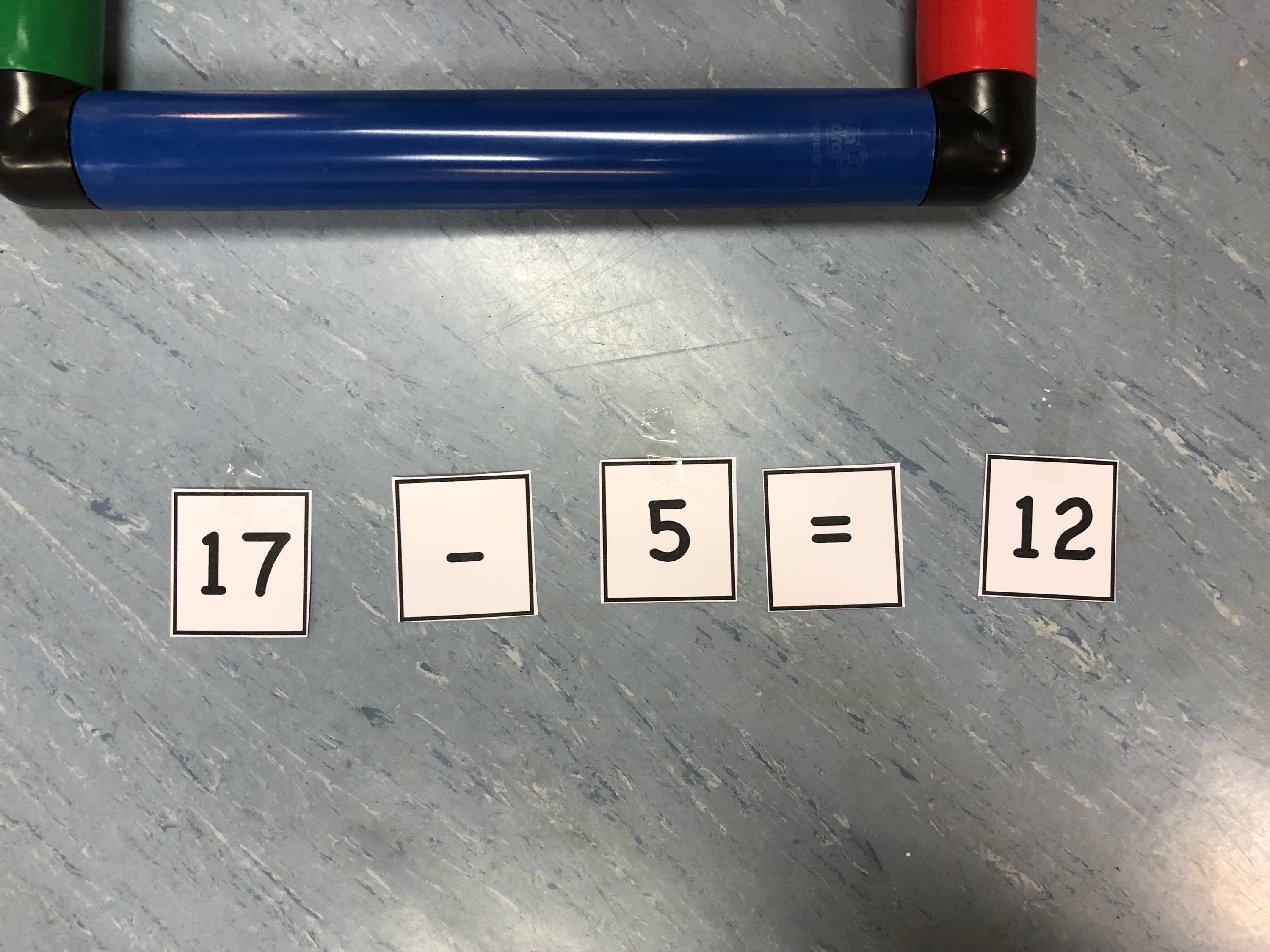 Sarah has been familiar with QUADRO jungle gyms for as long as she can remember. When she was thinking about what else she could do to make her classes more interesting and get her students moving, she decided to get in touch with us. “QUADRO is awesome. I can use it flexibly and also adapt it to whatever I’m doing,” she told us. She came up with a lot of ideas, some of which we’d like to share with you:

For stories in motion, this time numerous cards with pictures on them were attached to the QUADRO jungle gym. The children were asked to climb up and choose two cards each that they particularly liked. Then they had to think up a short story and tell it to the others as part of a speaking exercise. 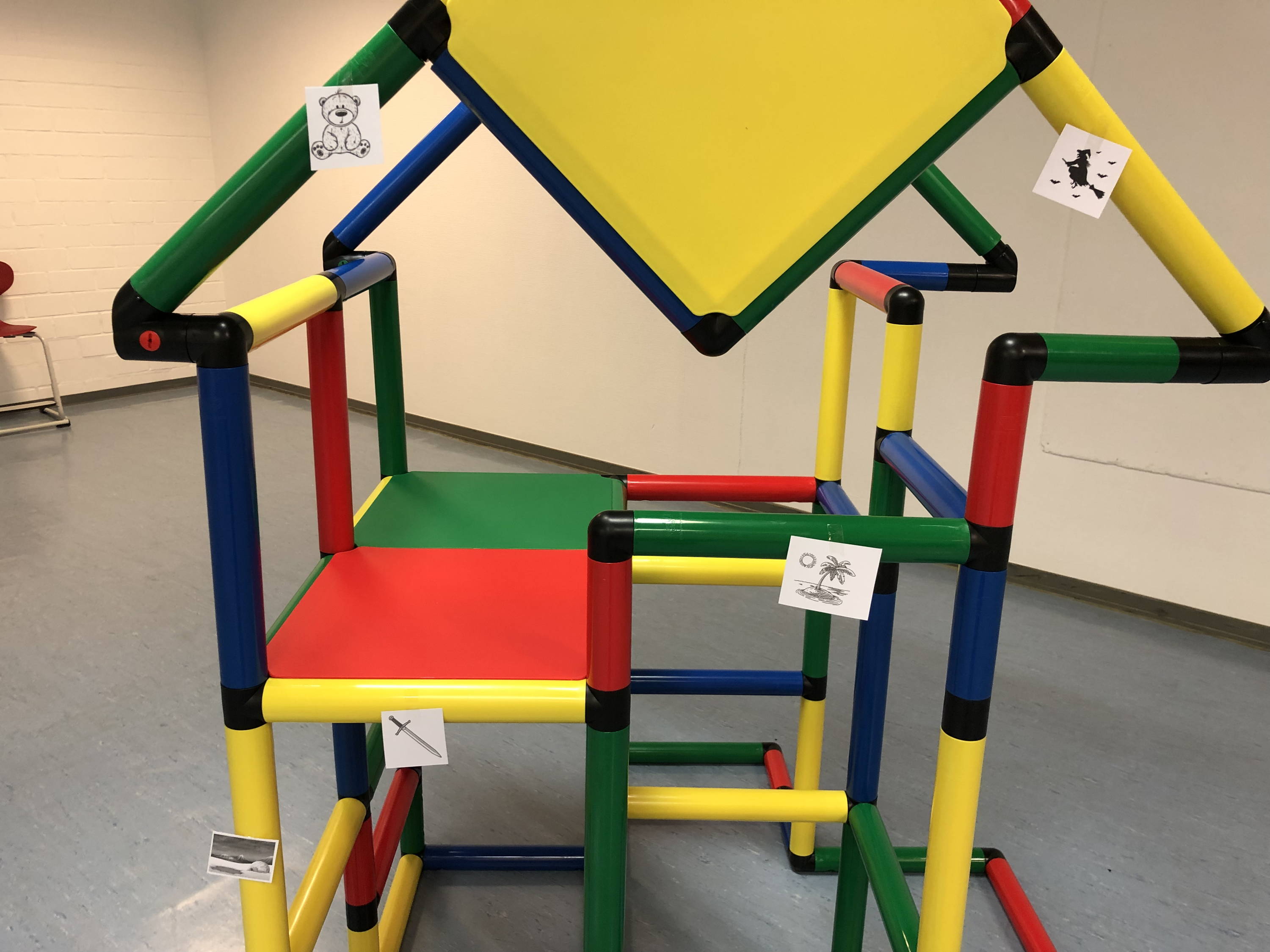 During this exercise, the students brought down the missing letters or sounds from the climbing pyramid (as previously described above).

Since Sarah is not only a PE and English teacher, but also teaches math, it was obvious that she would also use QUADRO during her math classes. This time, the focus was on simple geometric figures – she had prepared step-by-step instructions that the children used to build rectangles, squares, and cuboids. They were then asked to reflect on what they noticed about the shapes, like the fact that all the sides of a square are the same length, and the sides of a rectangle are not, for example. The children were able to experience these facts directly because, conveniently, QUADRO tubes come in different lengths and colors. 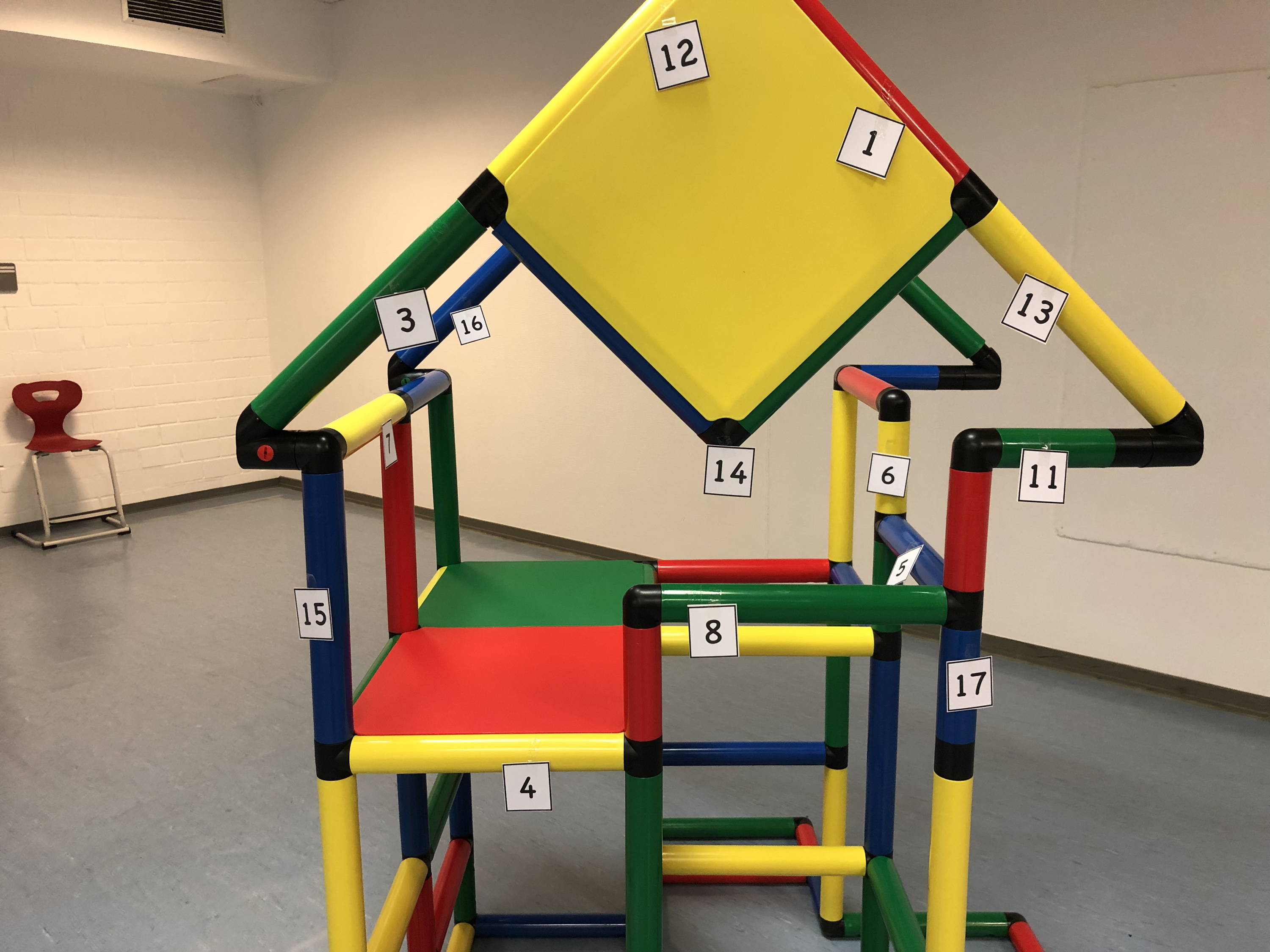 This was particularly helpful when working with geometric solids – children often find it difficult to imagine the shapes without a model. When they reproduced the objects in a large format, they were able to see the sides, corners, and edges with their own eyes and feel them with their hands, and therefore immediately had a better understanding of them.

When children learn in this way, they remember everything much better than if they had just learned it from the textbook. It is a well-known fact that writing things down is a more effective way to learn than just seeing, hearing, or reading. If a child also builds a cube themselves and can say “I’ve built a cube” when they’re finished – if they can touch the cube and look at it from all sides – then they’re sure to remember what they were taught particularly well. 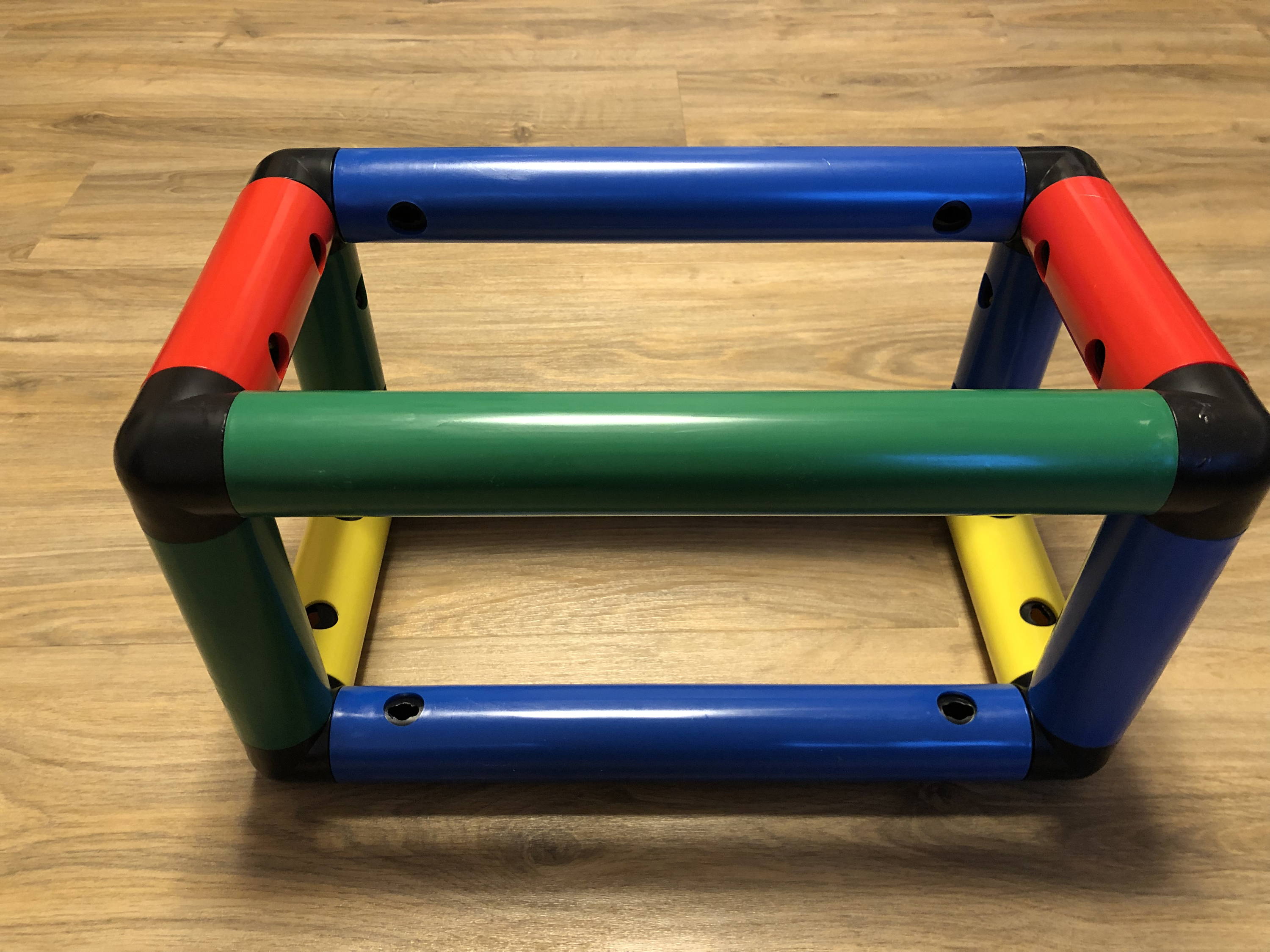 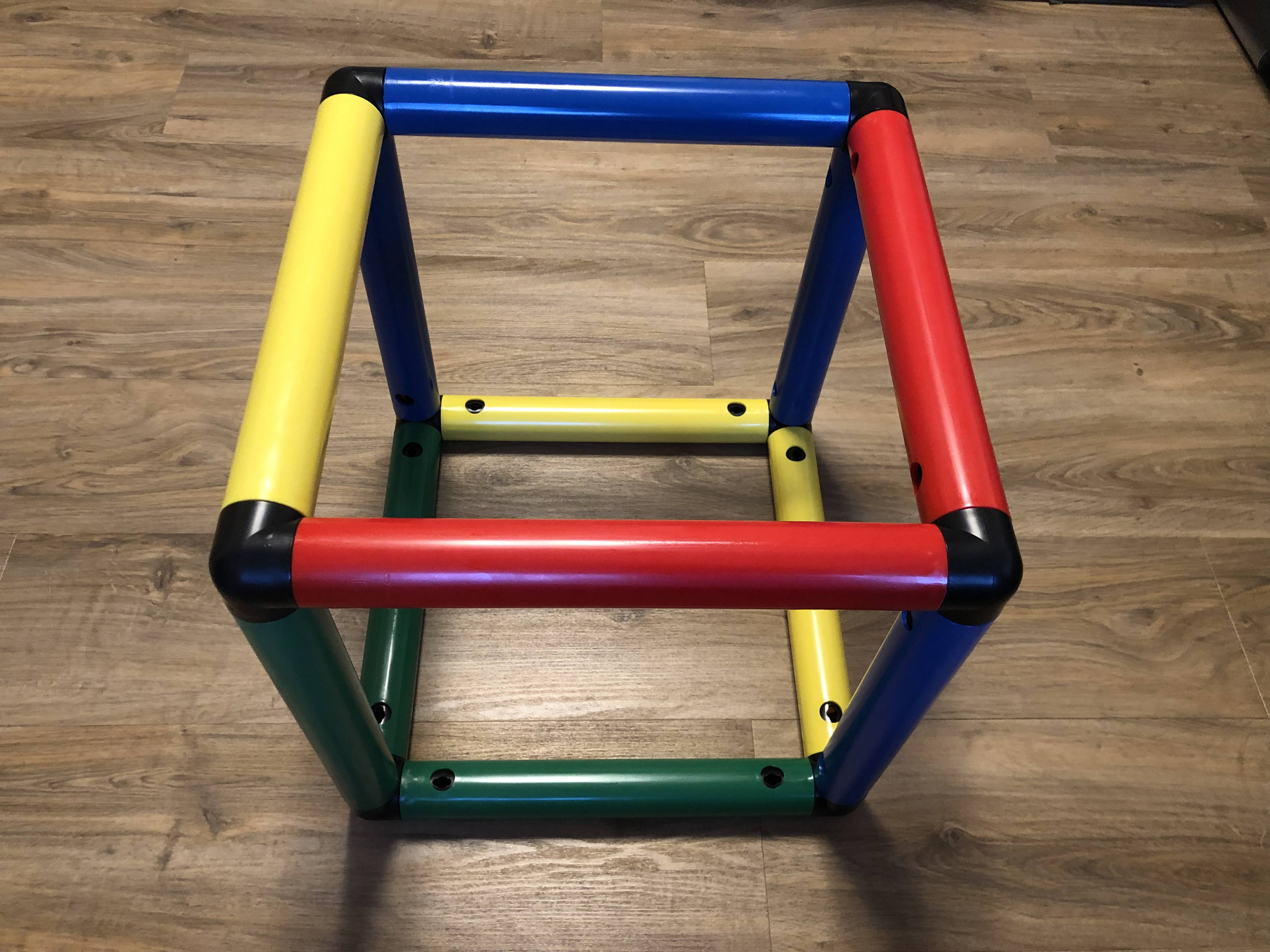 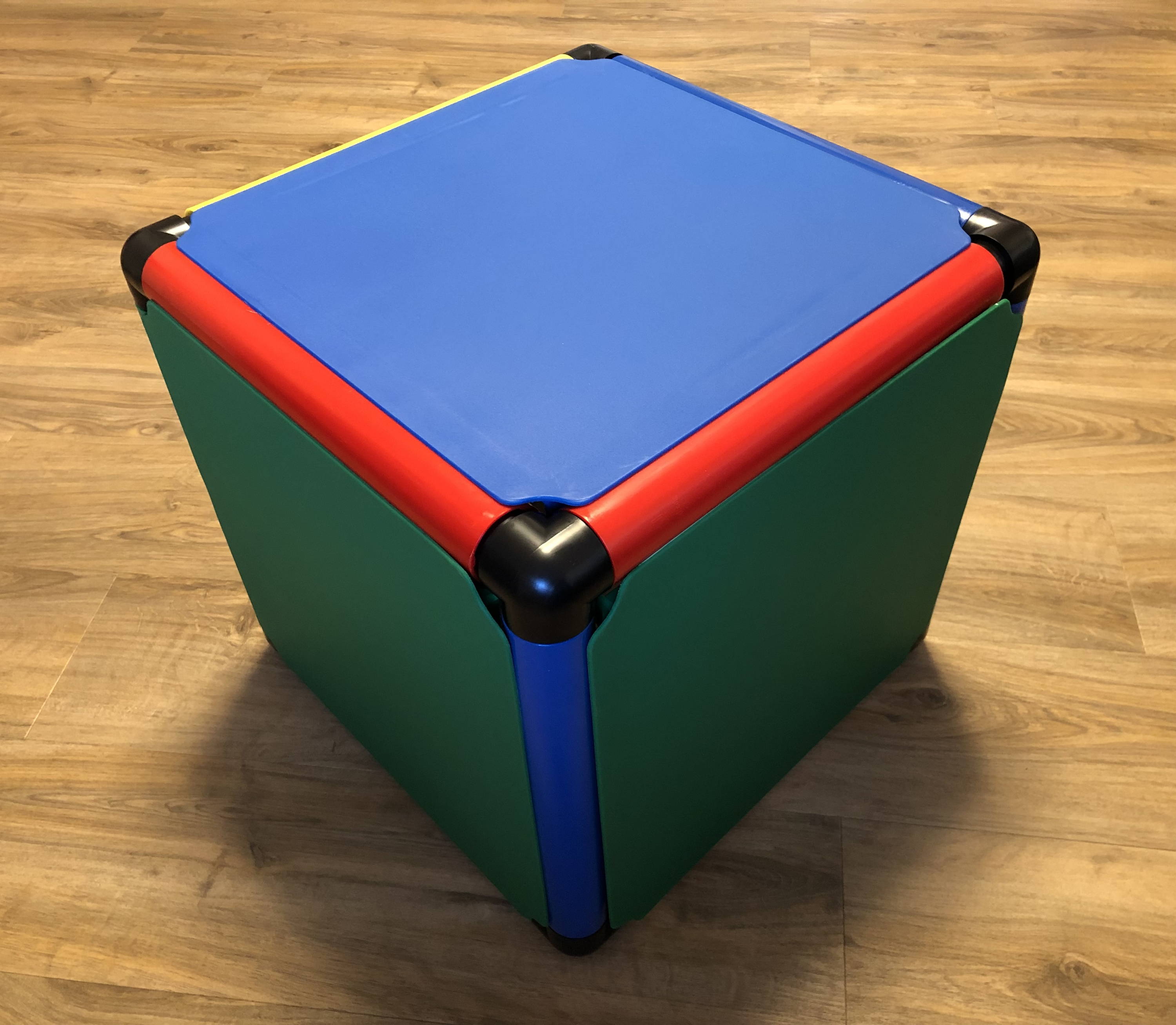 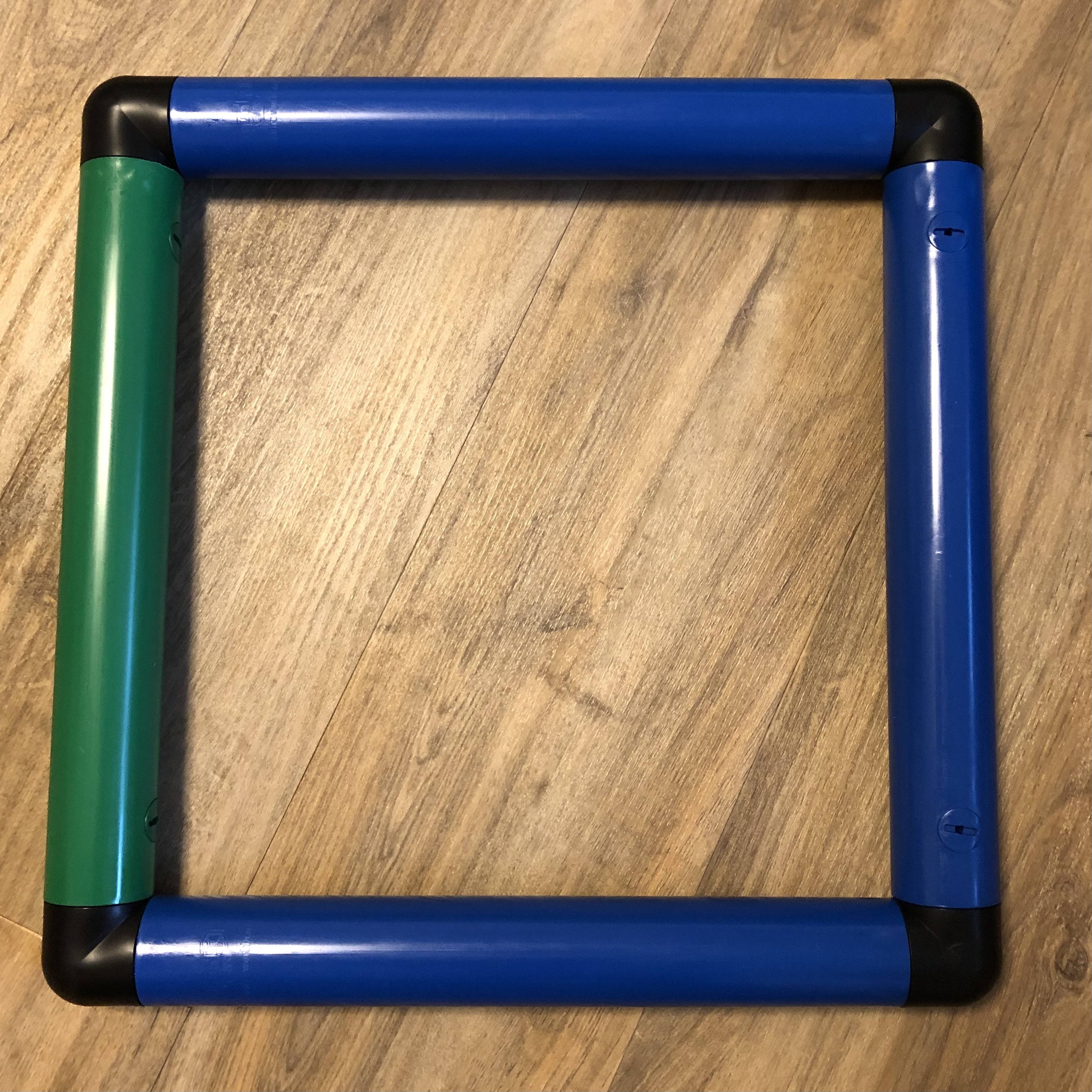 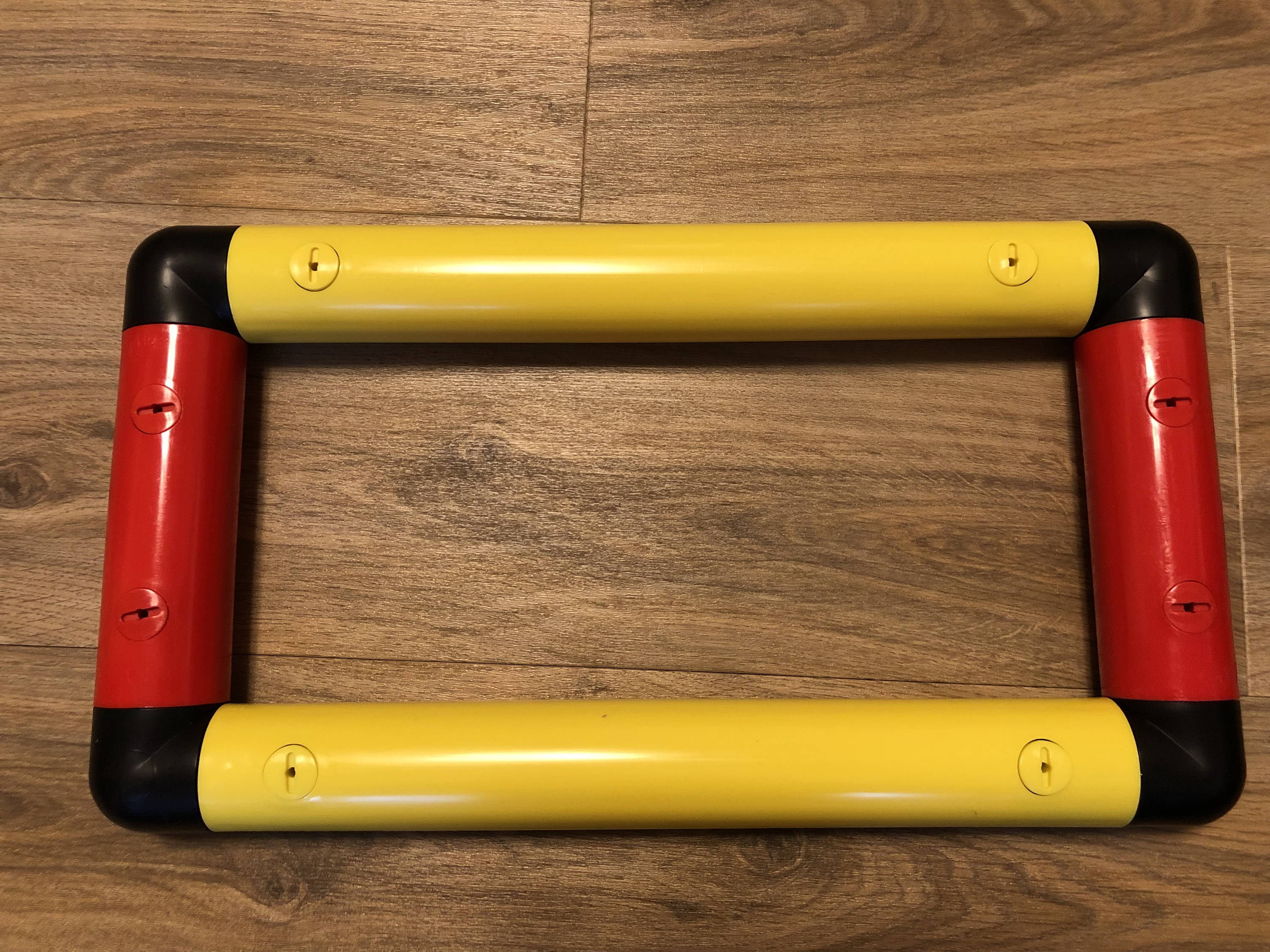 In this project, the objective was for the children to experience what it takes to make a vehicle actually drive. Now it goes without saying that they could have just read about it somewhere. But how much better is it to try it yourself – using a structure made of QUADRO. The third graders that took part in the project noted that a vehicle had to have wheels and at least one axle. In addition, the wheels also needed to be able to rotate – otherwise the vehicle wouldn’t go very far.

After some trial and error, the vehicles were finished. And even if they didn’t have an engine, they could still move. The little builders were especially proud. But not only them. “That was personally my favorite project,” Sarah revealed to us. She had asked us in advance if we could send her two additional Mobil 4 sets from QUADRO so that the children could try out all the things she had come up with. 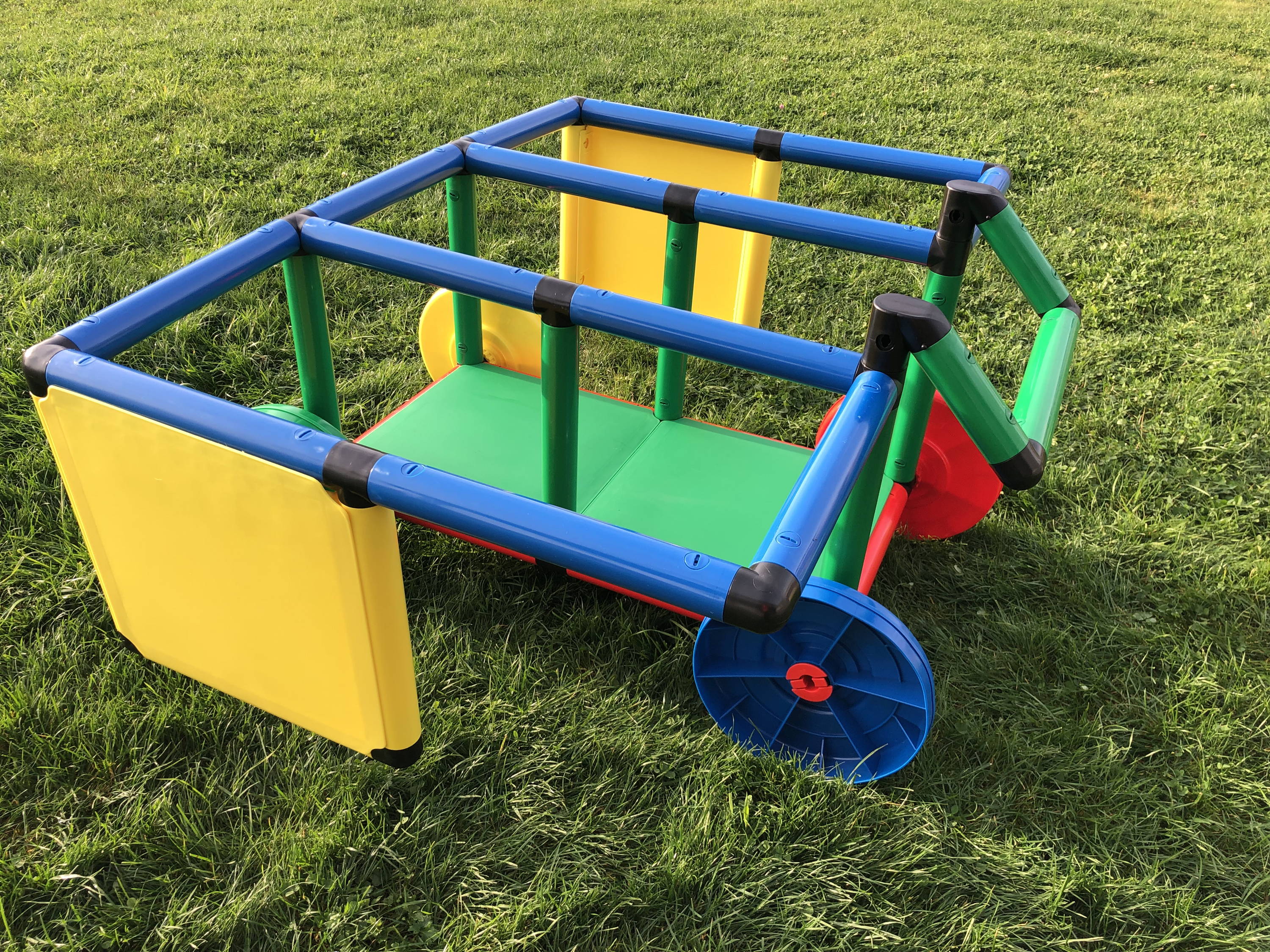 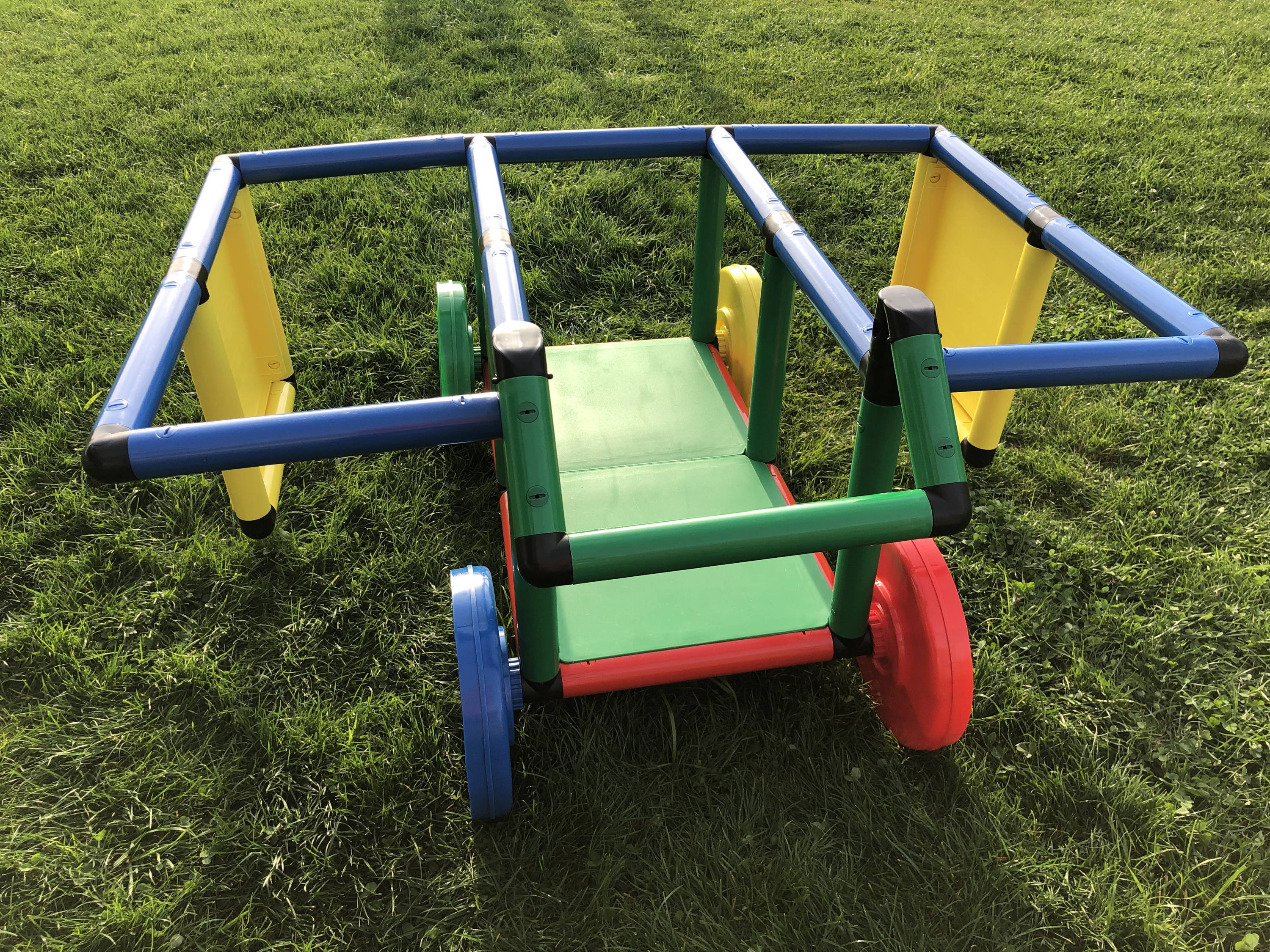 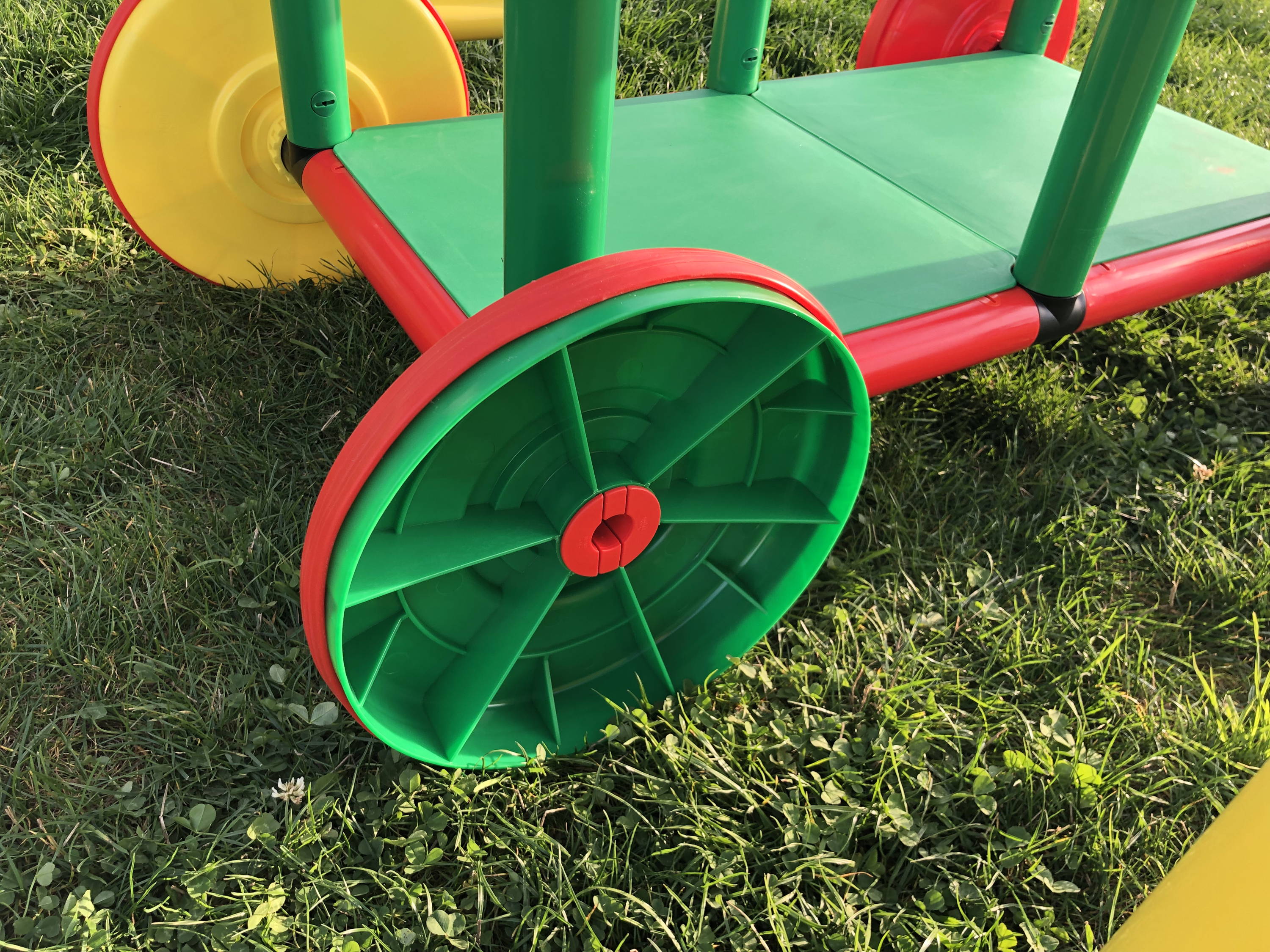 The students at this elementary school don’t move around during all their classes, but movement is encouraged on the whole. Everyone benefits – the children, first and foremost, because class is much more fun this way. They’re grateful to have a teacher that comes up with interesting ideas and exciting projects. In turn, the teachers’ thorough preparation is rewarded when they see the result: the beaming eyes of dozens of enthusiastic elementary school students who have many, many questions.

We wish Sarah and her protégés many more creative ideas that they can implement together!

Read about why movement is so important for your children here.

Want to read more of these inspiring stories? Click here for a wide variety of QUADRO blog posts.