Connectors may be small and unremarkable, but they’re so very versatile. In this blog article, we’ll explain why there are so many different ones, how the four-way 2D connector differs from the flexi connector, and why there are no screw holes in some 3D connectors.

First let’s look at the fundamental difference, namely the difference between 2D and 3D connectors. The names reveal it all: with a 2D connector, you can build a two-dimensional surface, while with a 3D connector, you can build a three-dimensional structure. (This is also exactly why 3D connectors have three zeros in the part number, while 2D connectors only have two – for example, 00041 and 00141). The three-way 2D connector has the shape of a T, and its 3D counterpart is suitable for building corners. The tricky thing about the three-way and four-way connectors is that they don't have any screw holes on one side. This has puzzled many a QUADRO builder. The eager assembler will immediately think they received a faulty part, but no – the lack of holes is due to the production process. From a technical standpoint, it’s just not feasible any other way. What does that mean for your design? Fortunately nothing. You simply rotate the connector and you’re good to go. By the way, repeatedly inserting and removing the connecting pins and tubes has no effect on their performance and can be repeated as many times as you like – guaranteed! 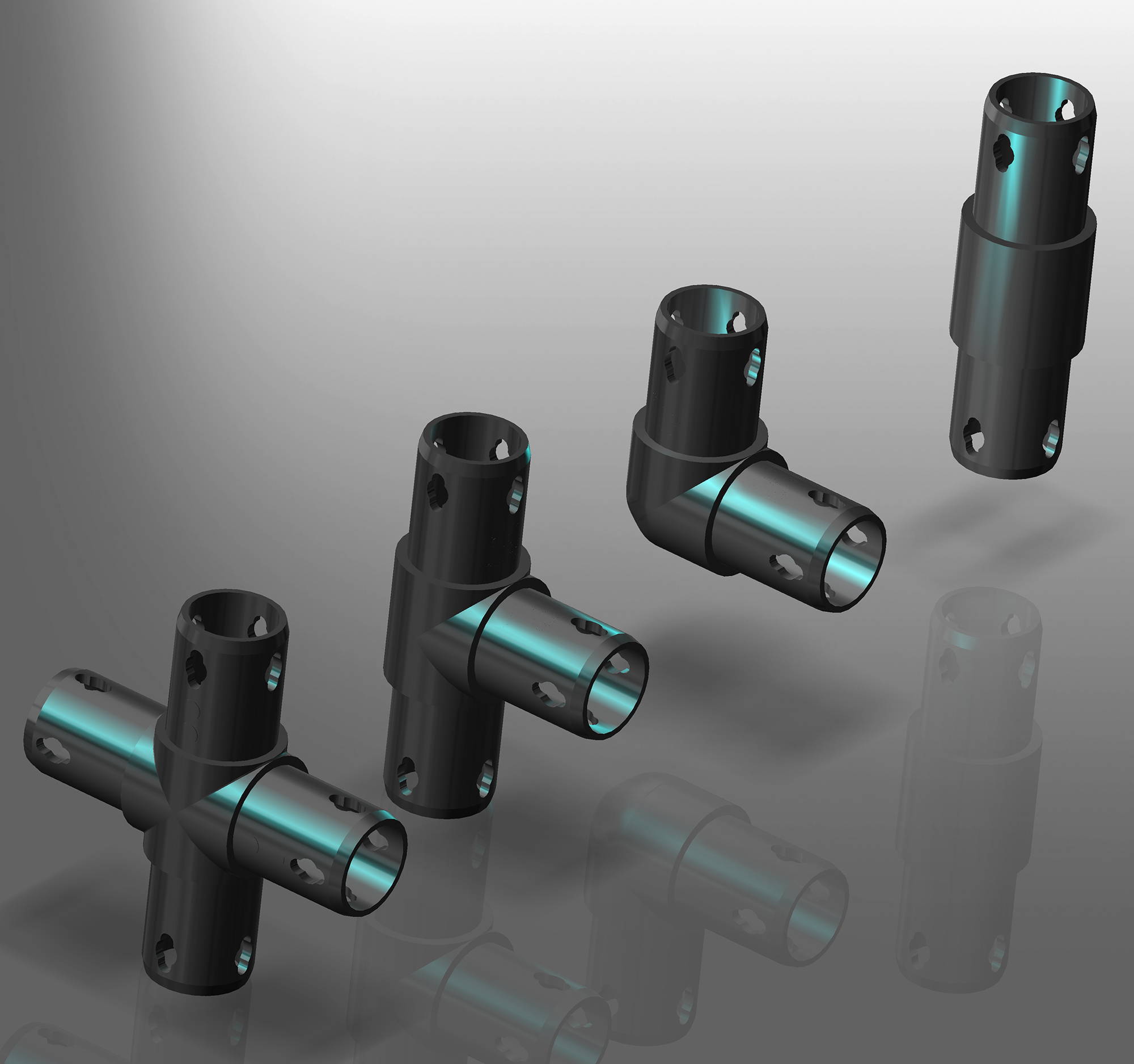 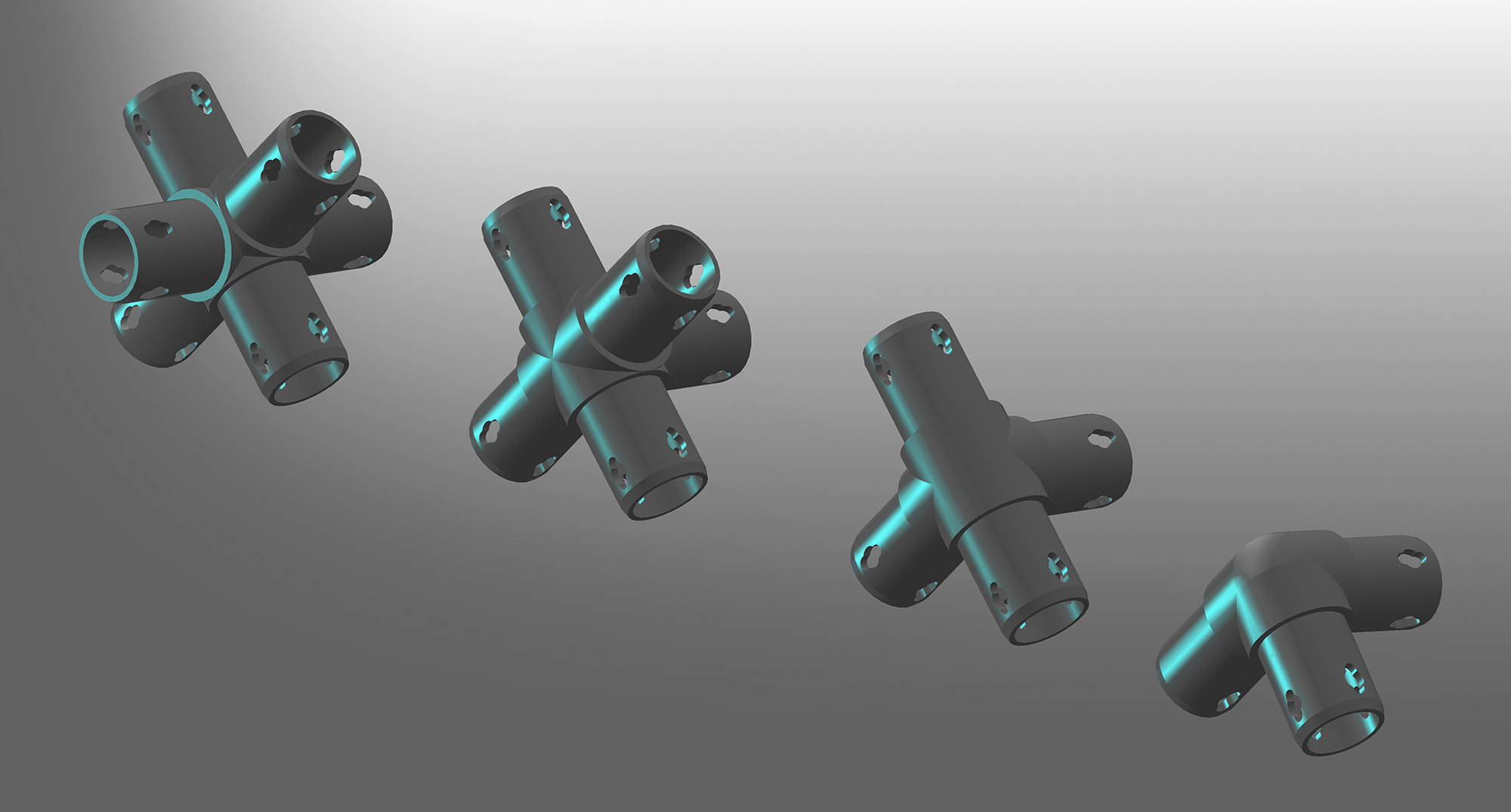 The five-way 3D connector is the connector with the largest number of possibilities that’s included in a QUADRO set. It’s only topped by its six-way sister, which is truly exotic – it’s only sold separately. With the five-way connector, you can create really creative and complex models that you can build according to your own ideas. With it and the six-way, you can build in any direction, creating large projects. QUADRO’s play centers, for example, feature a large number of six-way connectors. The six-way connector can be used to create extremely stable structures, such as those used for professional events. 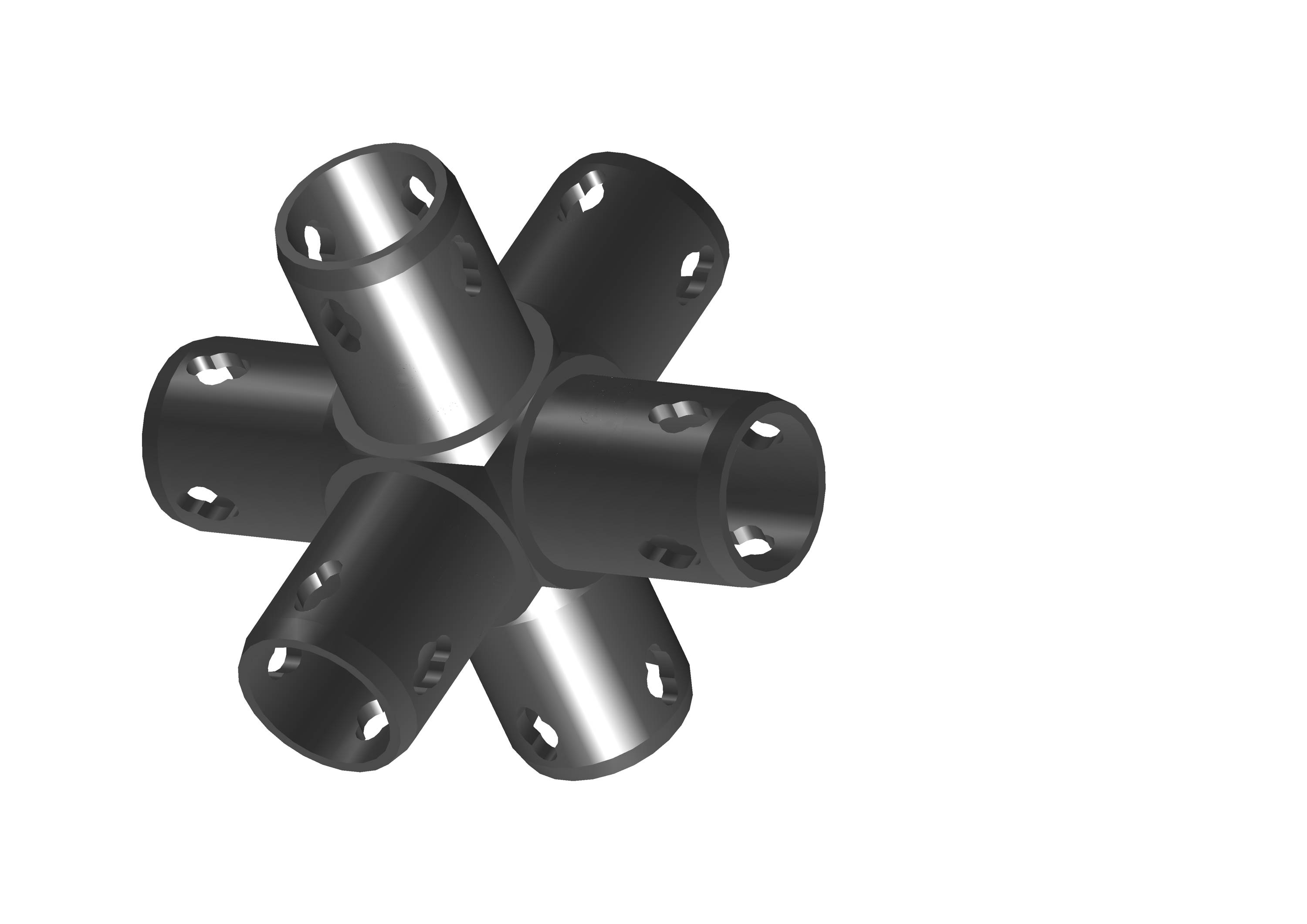 It would be boring if you only had a 90-degree angle available for your designs, like those found in the 3D connectors. That’s why we came up with the diagonal connector – it makes everything even more interesting. Suddenly gables are feasible, and with them roofs. How about a house plus garage and pitched roof (A0116)? You can build it using the QUADRO Universal set. Or how about something a little more exclusive? A gigantic yacht with a large bow (A0116) would be a good choice – the Universal serves as the basis for this as well. 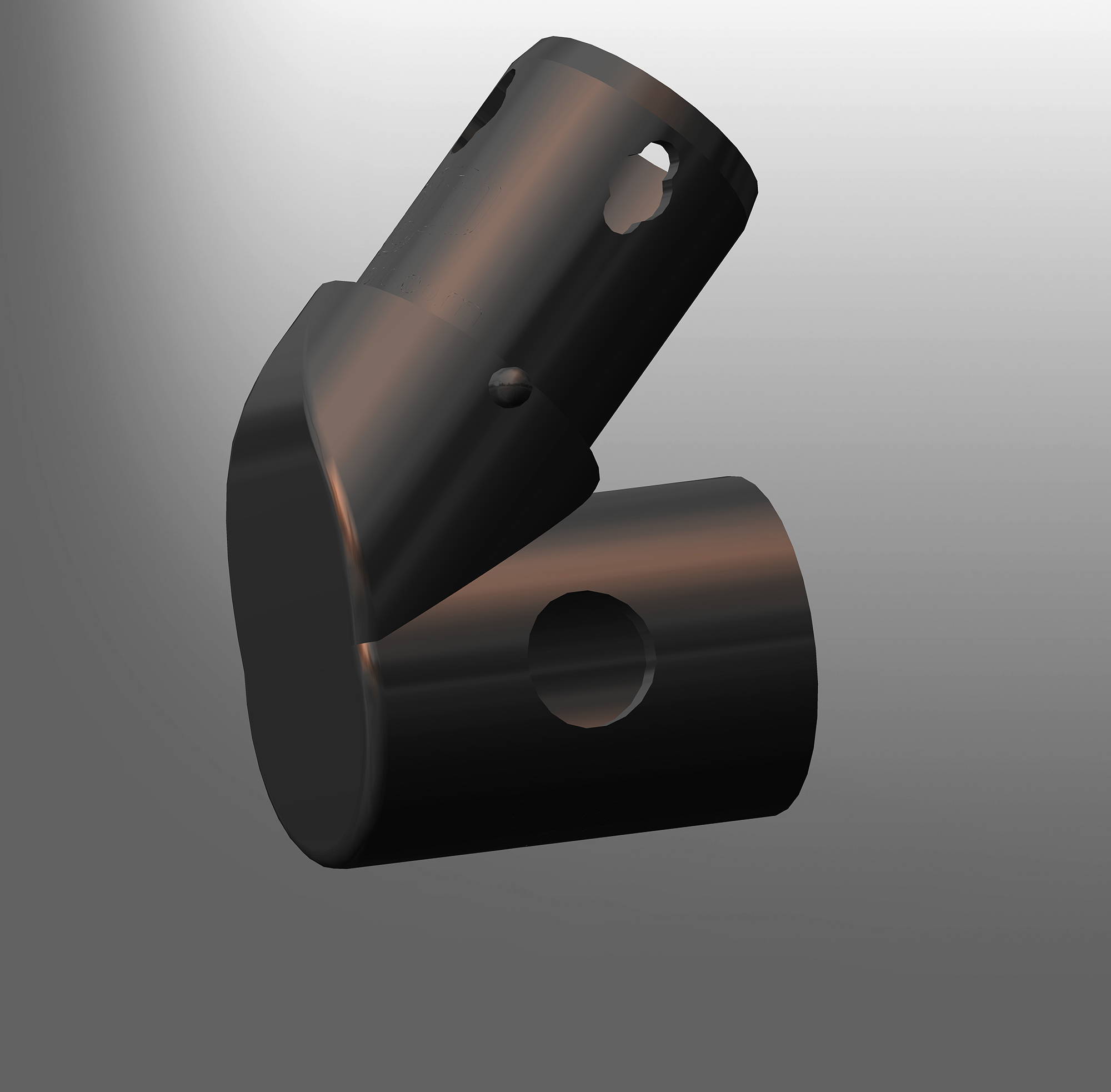 But what if you need a different angle than the 45 degrees offered by the angled coupling? In this case, we recommend using the flexi connector. You can tell how flexible it is just by its name. You can set the flexi connector to any conceivable angle, allowing you to create wider roofs – like with the Ballcage, for example.

You can work magic with the flexi connector and turn it into either a four-way 3D or 2D connector, depending on your needs, just by rotating the hinges. This is achieved by the locking pin that is inserted into the corresponding hinges. With it, you can also seamlessly connect two tubes without a visible connector. 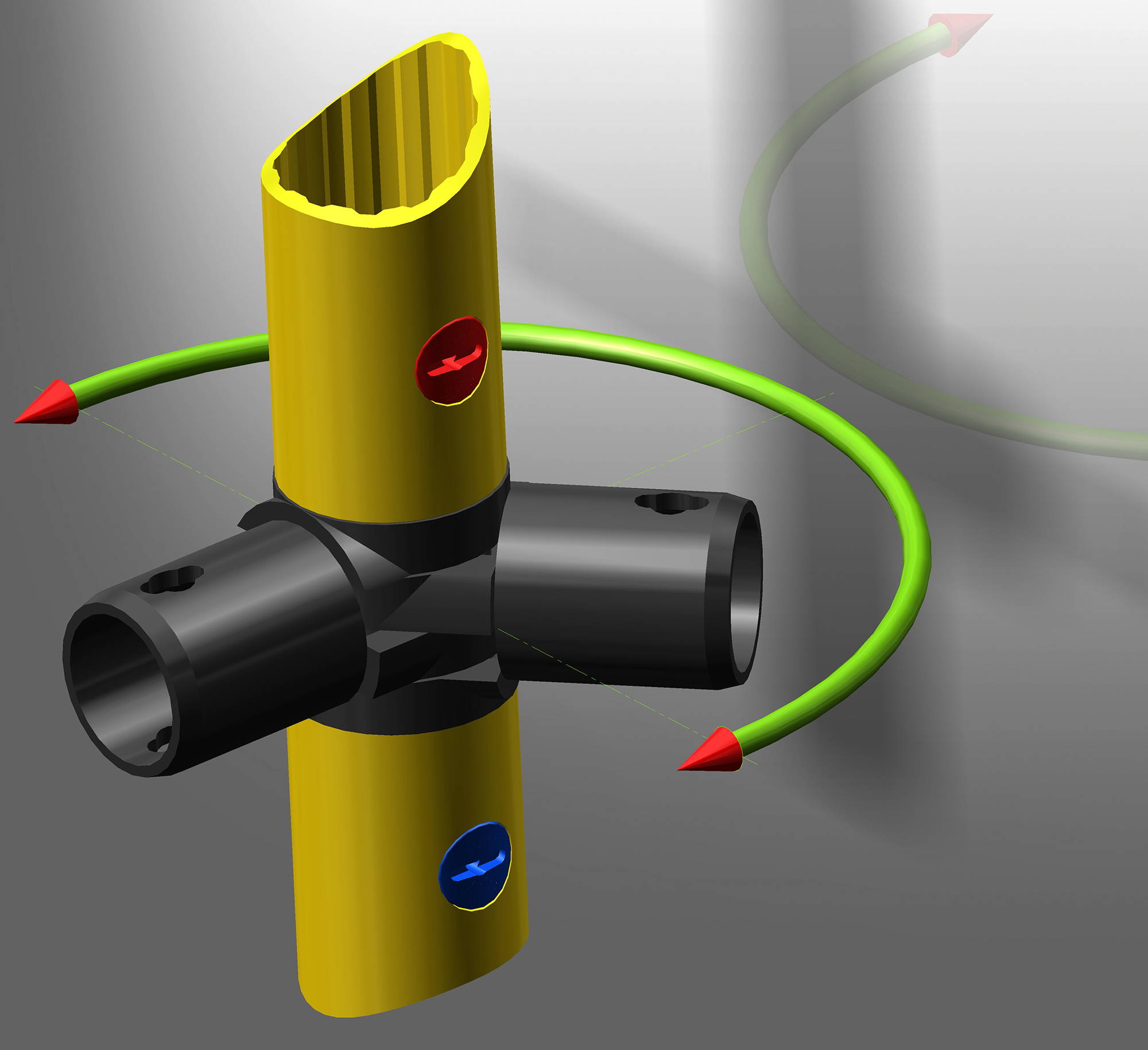 The hinges of a flexi connector fit over every pin and can be locked in place via a catch. 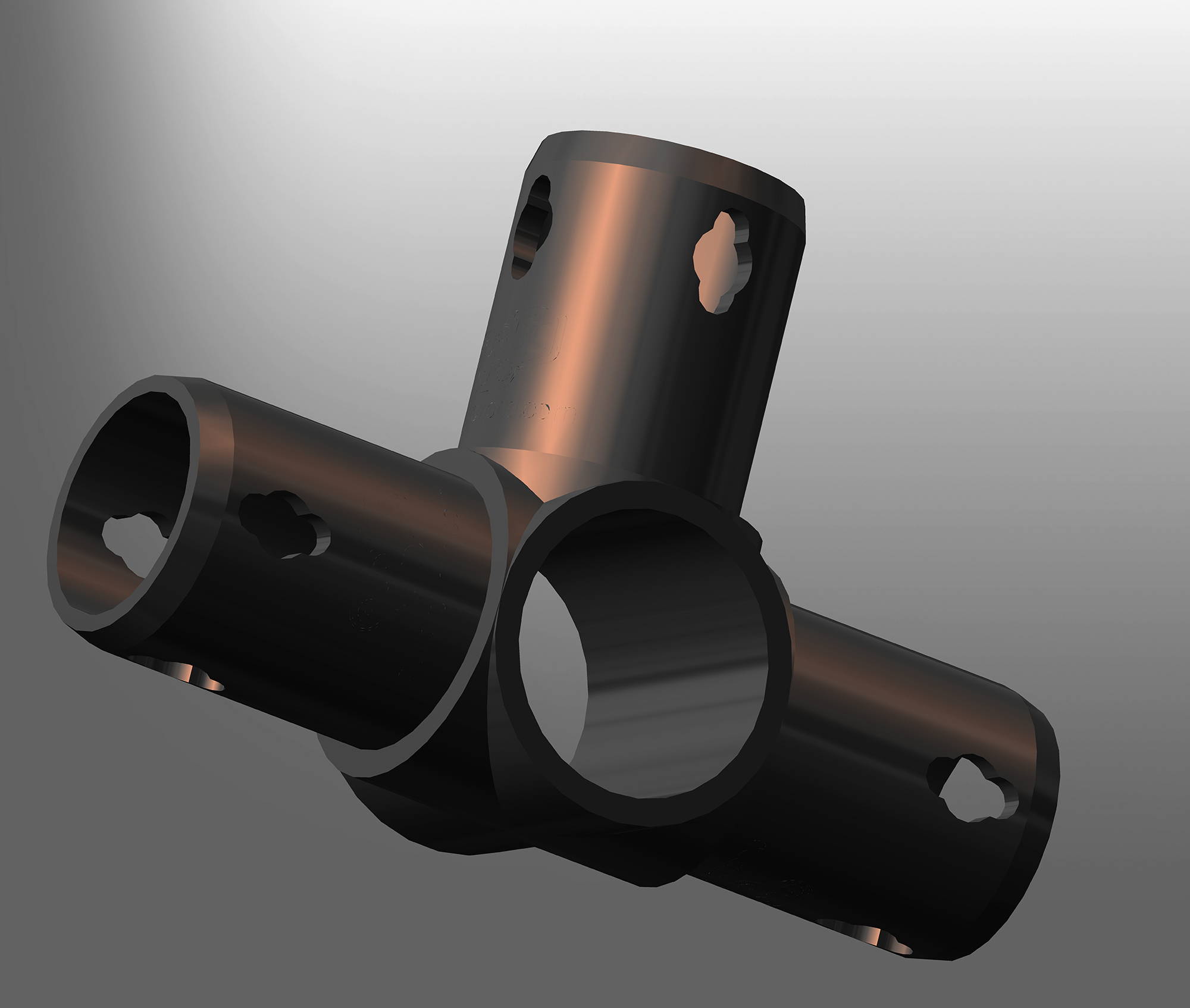 The bearing connector can be used to build doors or drawbridges, but above all for the axle unit required for the QUADRO DRIVE, in which a 75 cm long tube – guided by two bearing connectors – can rotate freely. 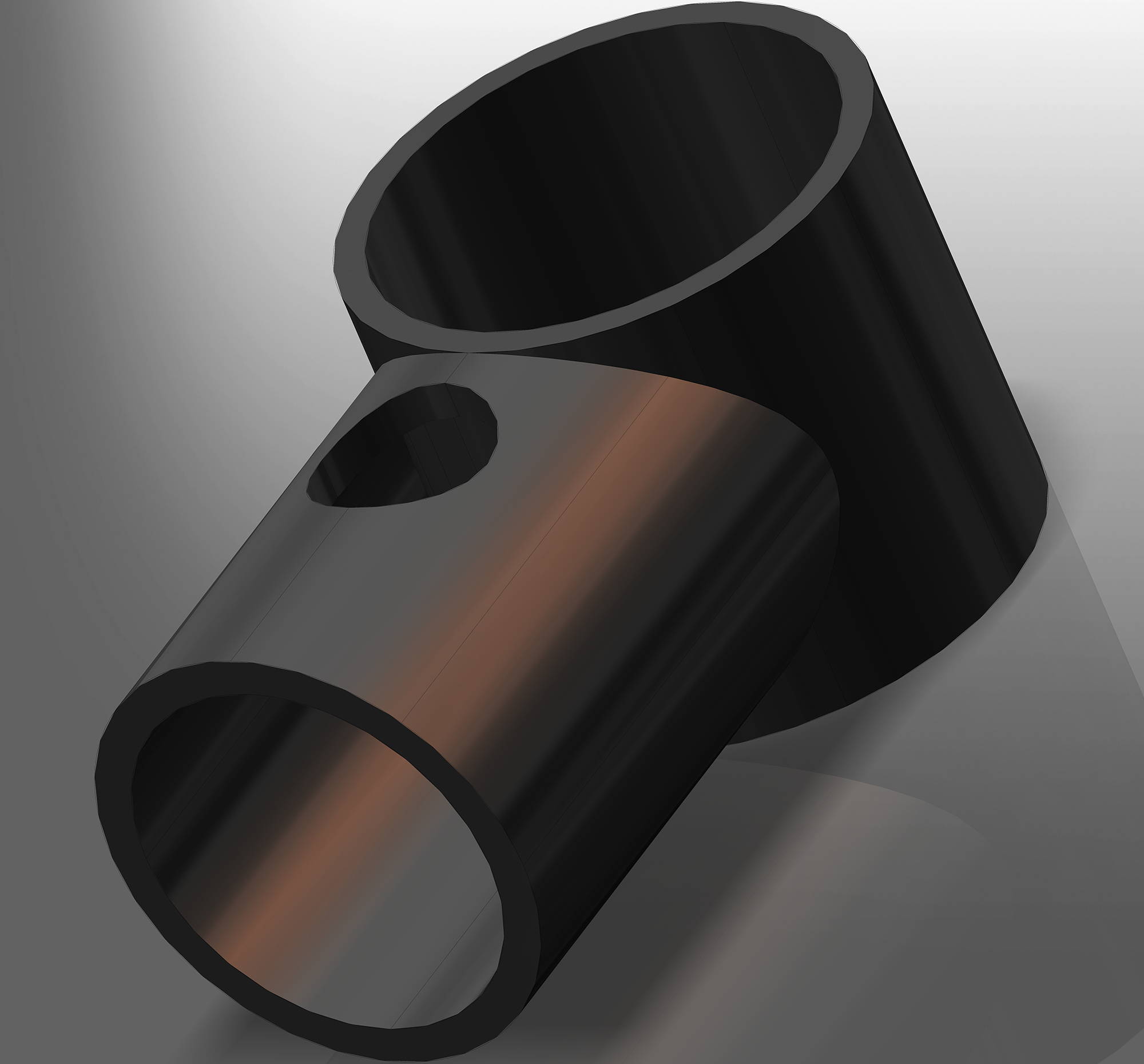 As unremarkable as it may seem, the double tube connector has, in fact, revolutionized QUADRO yet again. This is because you can now build ramps – and that’s truly awesome. This can be seen in the QUADRO Adventure set, which is really popular – and includes a ramp, of course! 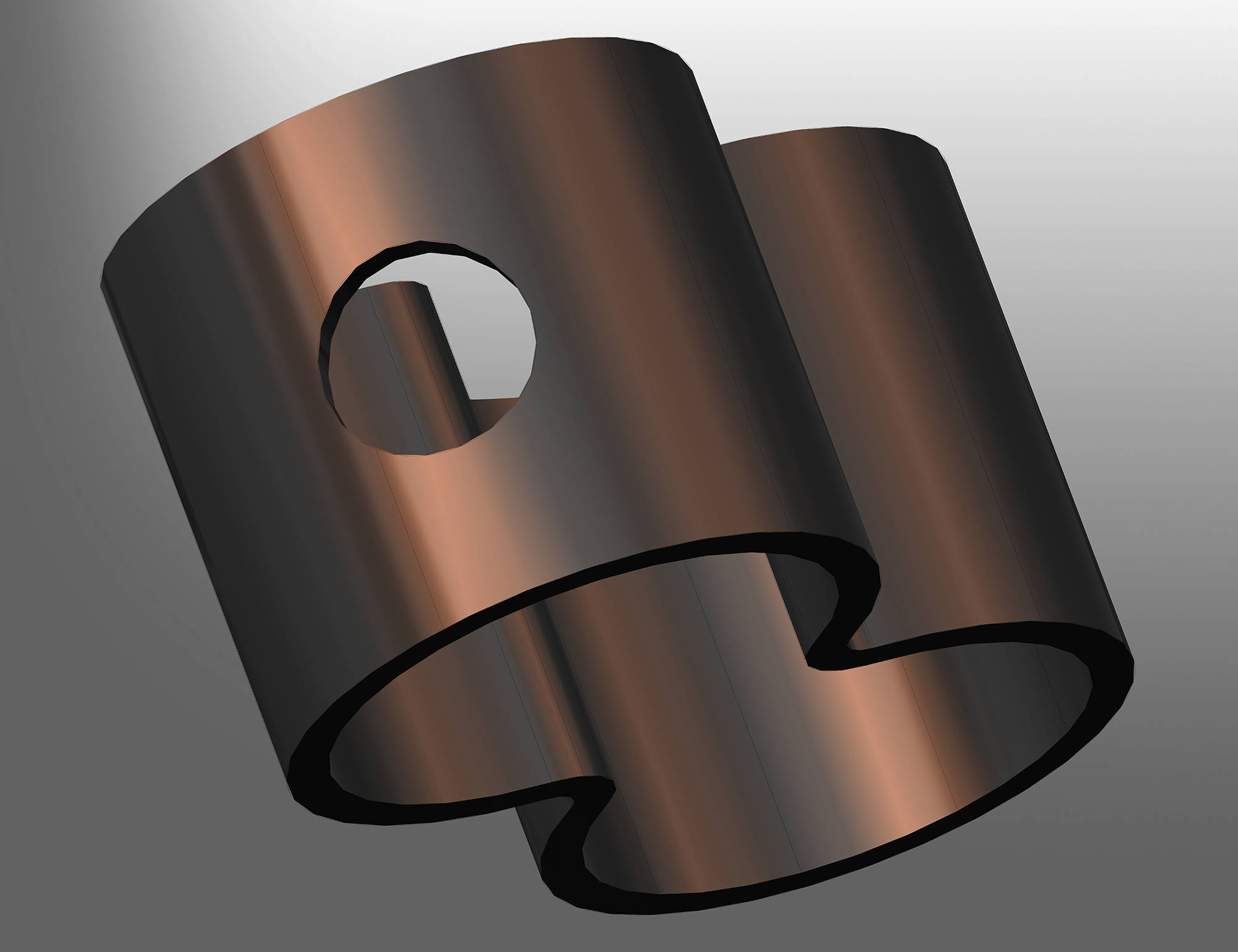 The clever thing about the double tube connector is that the screw holes on it are not positioned symmetrically – this makes different ramp angles and therefore different ramp lengths and heights possible. From a ramp with one panel for the very young to a super-duper ramp with four panels, anything’s possible. Whereby with four panels you need a support structure underneath so that the ramp does not sag. 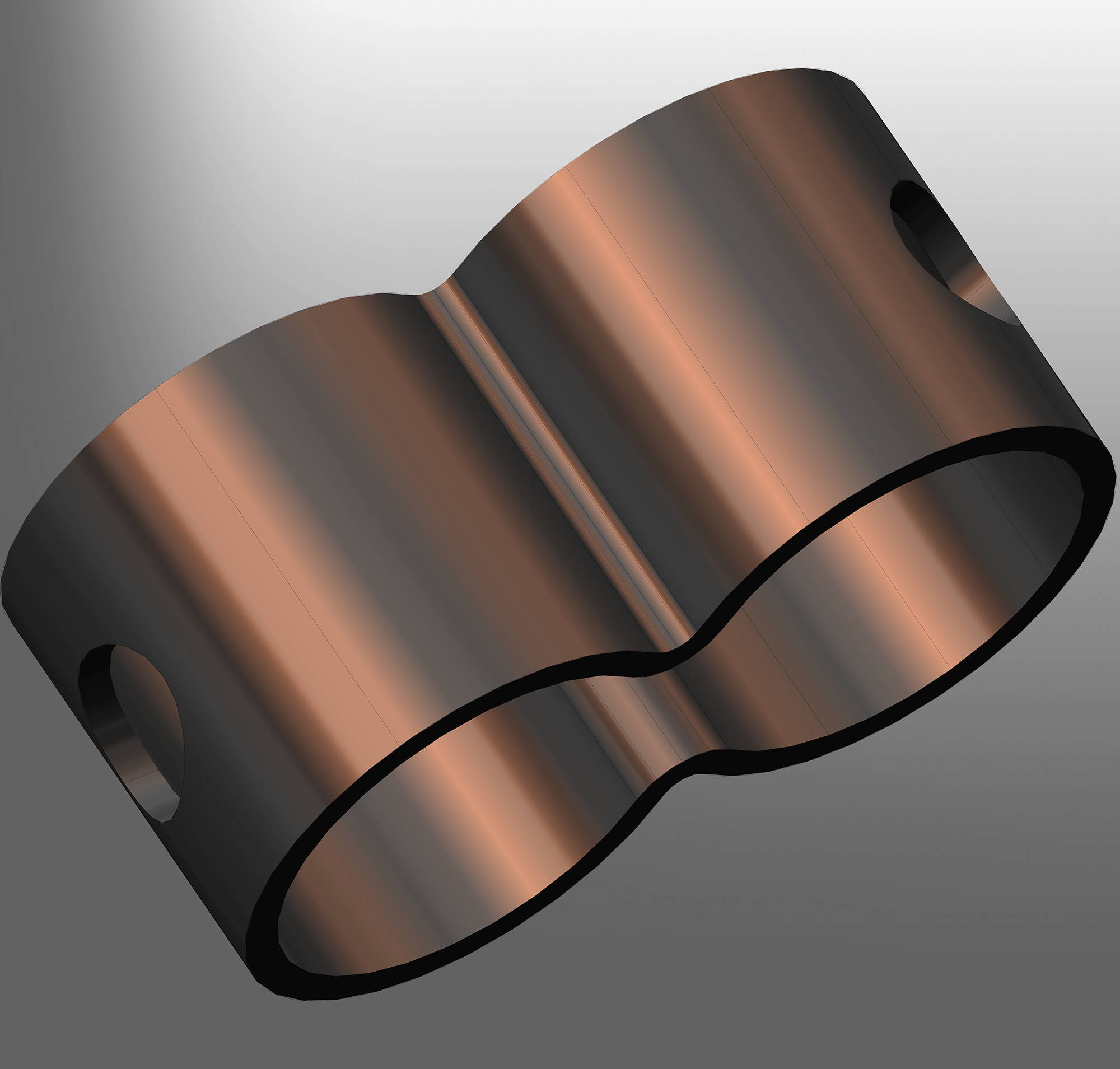 How does this work with the double tube connector? Two tubes can be inserted through it, which only offers advantages. In this case, one tube is part of the horizontal platform, and the other is part of the angled ramp. The rule of thumb in this case is that the ramp must be twice as long as the height at which it begins. So a ramp at a height 35 centimeters needs to be 70 centimeters long.

You want to build a really awesome ramp? Then choose, for example, the model “Large Tower with Mega Ramp” (A0140) that you can build from the QUADRO Evolution set.

The tube clamp looks similar to the double tube connector, but is open on both sides. This allows you to close an open door again – how convenient. This is made possible by the snap-in effect. The door is held by the tube clamp, while on the other side, the clamp is firmly bolted to the structure (an example of this is shown in the video from May 24, 2018 on https://quadroworld.tumblr.com/).

The pipe clamp is ideal if you want to secure something that can be released again with little effort, i.e., without having to loosen a screw. This allows different structural parts to be placed on top of each other – as was the case with the Ballcage in the past, for example, where the tent was simply placed on top of the pool. This created a canopy for the pool on sunny days – or a fancy roof for the ball pit when used indoors – and a greater sense of security. In the meantime, the roof is firmly attached and screwed in place. The advantages, however, still remain. 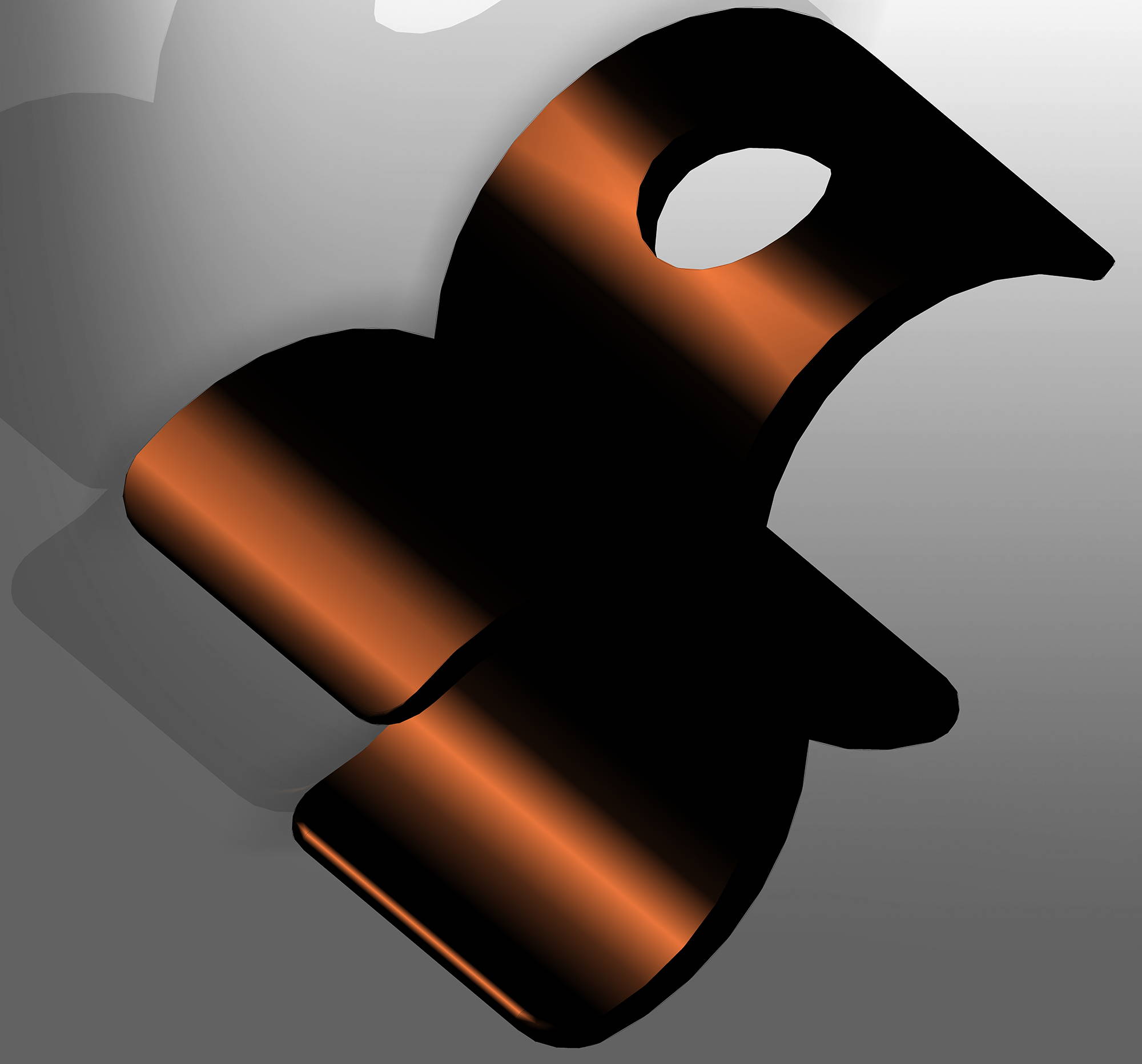 The adapter is small and cute, but packs quite a punch. It was originally intended for casters, which is why it can be found in the QUADRO Evolution set and also in the Mobil sets. In the “Design Toy Plane” (A0141) model, the casters are needed to determine the direction of travel. After all, with just the big wheels attached at the front, it would only move in a straight line – and that would be pretty silly.

But this connector can do so much more – you can use it to close open connector pins, for example. In general, connectors should never be left open but instead should always be closed to avoid the risk of injury. A closed pin or tube can be used as a table leg. Or as a spacer for a shelf, if you don’t want it to fit flush against the wall. For a loft bed, you could use it to close steps for a ladder, securing it to the entire structure. You can use it to anchor your setup to the wall or the floor – the adapter is namely designed with screw holes. The hardware store chain Hornbach, for example, used it to build shelf stoppers. In this case, the adapter was screwed down, then only the pin was connected to the adapter and the screw was secured. 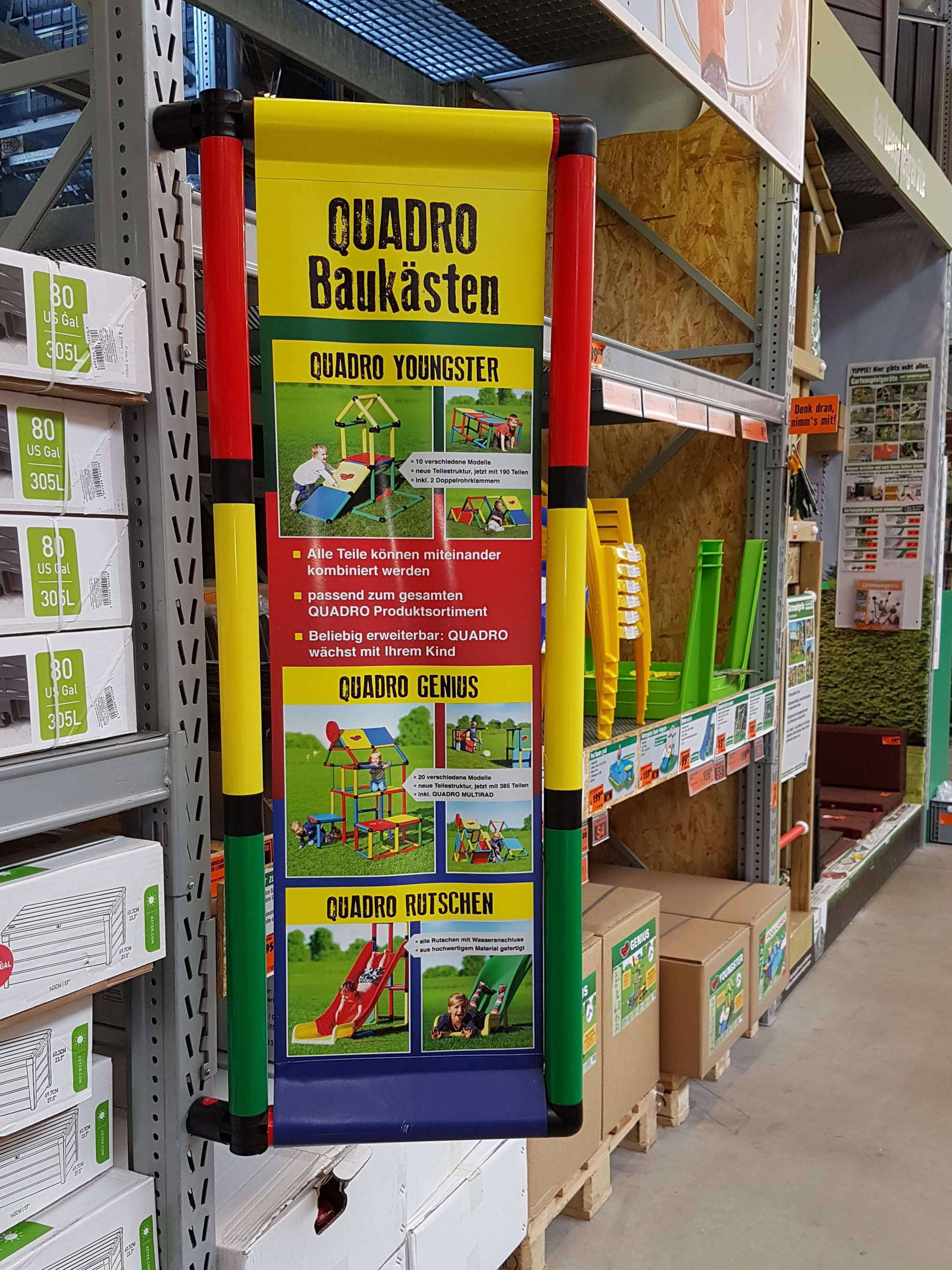 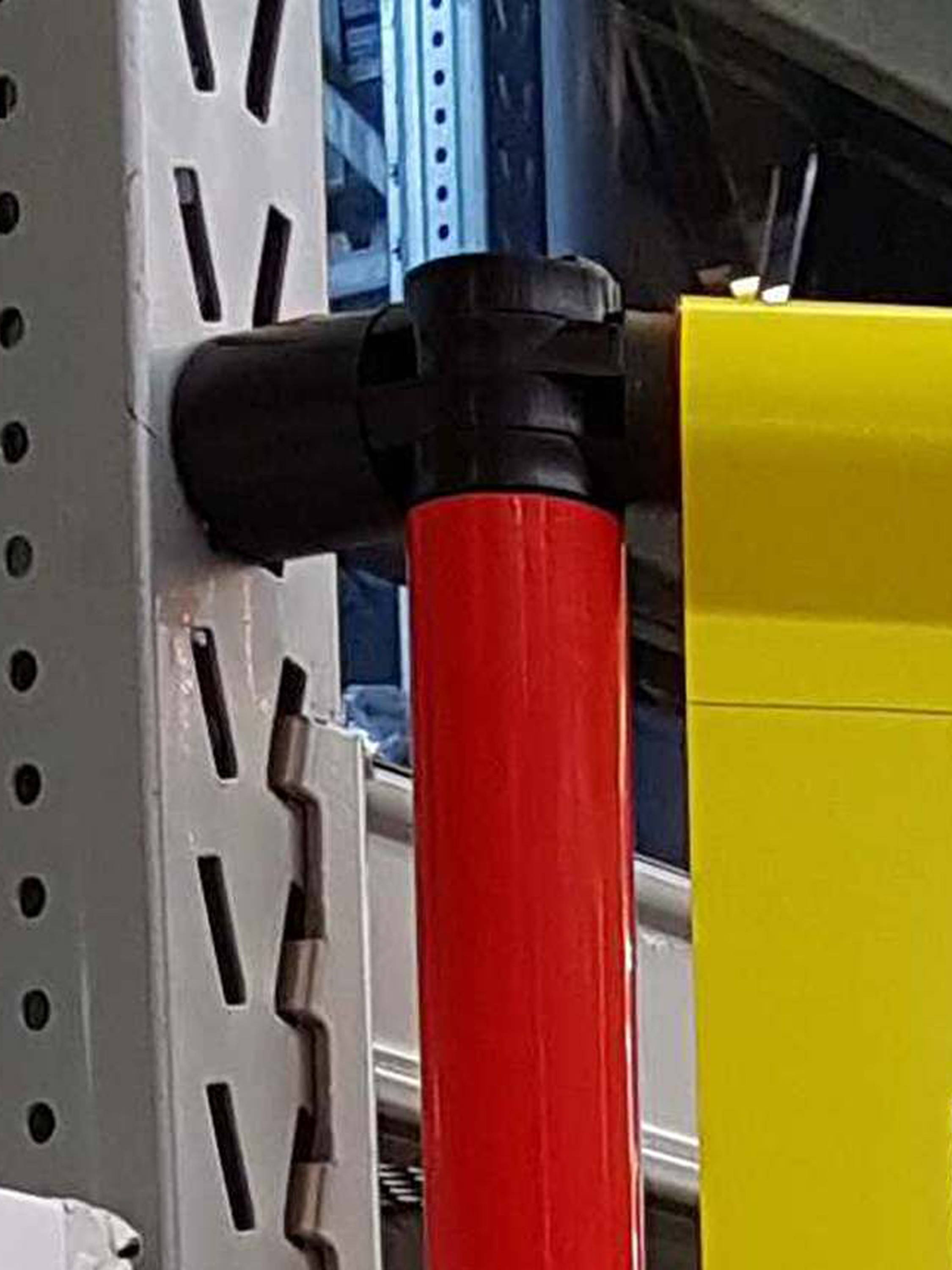 As you can see, this accessory gives you the freedom to come up with creative ideas and is the perfect accessory for DIY enthusiasts.

So, now you’re a specialist in this field and can really get building. Just make sure you have enough connectors! 😊